In 2022, Polish daredevil Tomasz Kozlowski will attempt to break the current world record for the highest parachute jump by freefalling from the stratosphere at a record height of 45km. The stunt, which will be live-streamed globally from cameras on Kozlowski’s suit, is set to be the highlight of the Jump for the Planet campaign to raise funds and awareness for climate refugees.

As a global awareness campaign the main objective is to attract attention and gain media coverage around the world. Getting this story in front of as many global media outlets, companies and organisations, as well as to a direct audience, was critical to the launch of this media campaign.

Tamasz Kozlowski has broken skydiving records before, and is attempting this latest stunt to draw attention to the escalating climate refugee crisis. SOURCE: PRNewsfoto/Jump for the Planet.

Medianet compiled and distributed an international Multimedia News Release through its global network of news agencies and content partners.

The MNR included a press release, video footage of the daredevil, downloadable imagery ready to be used by the media, and supporting links to the campaign articles to provide quick reference points for journalists reporting on the story.

To reach the general public, Medianet coordinated a broadcasting of the PR video in Times Square, New York City.

Packaging up everything a journalist may need to execute a story can be the difference between a busy journalist overlooking a press release and a good story getting a run. Medianet’s multimedia news release product hosts press releases and the entire media kit and campaign materials on a unique, branded webpage.

Medianet utilised their broad network of media and advertising partners to showcase the campaign video on a billboard in Times Square. The Jump for the Planet video was viewed by thousands of passers-by, and the broadcasting event was filmed to deliver the client with another unique content piece to use in their ongoing campaign.

Medianet’s PR Business Manager consulted with the client to ensure this campaign could be delivered within budget while maximising the reach to global media and directly to consumers. 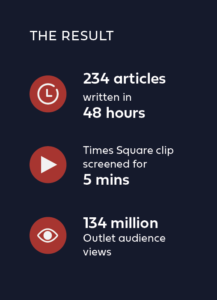 Medianet’s products and consulting services will ensure client’s campaigns receive maximum media coverage, engagement, and impact. Campaigns not only benefit from the experience and expertise of Medianet’s PR team, but gain access to Medianet’s international network of advertising and media partners, and multimedia news release platform and products.

“The Jump for the Planet campaign has now gained not only significant media interest, but a global audience of supporters. Medianet’s help through every step of the process was exceptional. Nothing was too much trouble and the team went above and beyond in helping us deliver a successful launch.” Lisa Pringle

Learn more about how to maximise your global media reach with an international distribution strategy.

Interview with Mark & Julian, Must Play 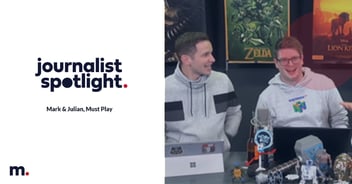 Mark and Julian are best friends who produce and host a weekly podcast called ‘Must Play’. The... 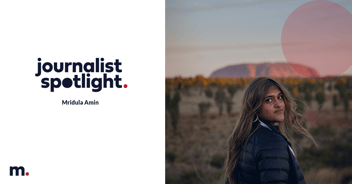