Angus Livingston is AAP’s new senior political writer in Canberra. He spent four years at AAP in Melbourne, mainly as a political reporter and chief of staff. Before that, he worked at Leader in Melbourne, and in politics and sport for The Examiner and The Advocate in Tasmania, as well as freelancing. Angus tweets on a wide range of topics that are mainly not connected to politics but sometimes are. His Twitter handle is @anguslivingston.

What drew you to political journalism?
I never planned to be in political journalism but I keep ending up here, so there must be something. I think it’s the importance of keeping people accountable. Politicians take taxpayers’ money and choose where it goes, and they need to do that fairly and sensibly. I enjoy being part of the scrutiny process.

Are stories easy or hard to find for your area of journalism and why?
It’s a mix. Politics is so crowded, with so many voices, so there are always things to write about. A bit of the skill is choosing which ones are important and which ones have been covered before or are misleading etc. I find the best stories come from having good relationships with political sources and understanding their motivations for telling you something.

Do you find that interviewing political figures is different than other talent and how do you approach the two?
Yes, politicians are different. They are trained to deliver talking points and lines. If you interview the same politician regularly, you get to know when they are about to launch into their two-minute spiel on a pet issue. So I’ve found I need to listen for the subtle variations in rhetoric, or the times a politician will hold back from fully pursuing an issue, to get a sense of when something has changed. This is where being part of a regular press pack makes a difference, as between the group you are more likely to pick up on something small. When interviewing non-politicians I think a lot of journalists are prepared to cut them some more slack, depending on their role and experience, because most people don’t have to face difficult questioning every day.

What makes a good press release?
Apart from the main things like clear writing, active voice, and natural-sounding quotes, one of the main things I look for is timeliness. When I get a release that capitalises on breaking news, with a relevant viewpoint, I’m much more likely to include it if I get it within an hour or less of the news breaking. It’s often annoying to report on a breaking news story and then 27 hours later get a release that would have been interesting to include in the previous day’s story. The news moves on – press releases that come too slow don’t get picked up. So communications people who monitor the news and react quickly, or even better, have lines semi-prepared for breaking news they can tailor accordingly, make a huge difference. Michael Pachi has worked in the media industry for the past 26 years and has been the National... 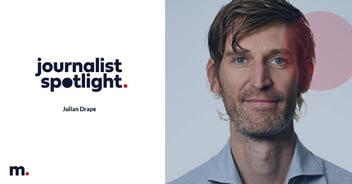 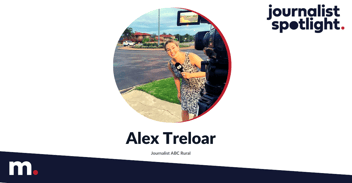 Alex Treloar is currently working as a Journalist at ABC Rural, a role she has held since November...