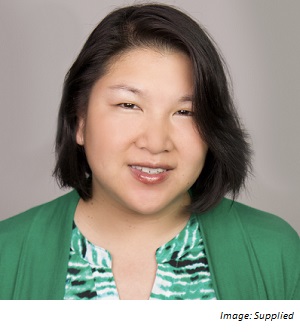 Cynthia Wang is a features editor at TV WEEK  and TV WEEK Close Up. Born near Baltimore, Maryland, Cynthia received a Bachelors of Science in Journalism at Northwestern University in 1993. She then worked for People Magazine for 18 years as an entertainment writer, reporter and editor. Cynthia moved to Sydney at the end of 2011, where she freelanced for People, Who, AdNews and Empire before becoming a senior writer at Who. Cynthia wishes she could be a guest programmer for Rage. Her Twitter handle is @peowang.

Before working in Australia, you spent over 18 years at People Magazine. How does entertainment journalism in the US compared to Australia?

In regard to covering entertainment personalities and product (film, TV, music, games, etc), US reporters and writers have to work with many more layers of publicity to get a story. It seems more streamlined in Australia. Another difference — in the US, most entertainment reporters, like their counterparts on other beats, received a degree in journalism from a four-year college or university.

With your work revolving around entertainment, how do you separate work and leisure time?

I don’t – I’m a pop-culture tragic, which is why, I suppose, I got into my field! I enjoy travel, but even then, I sneak a peek at what locals elsewhere are watching, listening to and reading.

What do entertainment journalists look for in a press release?

For me, I love the five Ws and in this order: When, Who, What, Where and Why. When – so we know if we can make deadline, and if not, the rest is of little use. Who – so we get a sense of the access and voice being offered. What – so we get a sense of the project being pitched. Where – so we can determine if it’s something that can be covered in person or on the phone. Finally Why – so we can hear the rep’s take on the story.

In what ways have you seen entertainment journalism influence the industry in Australia?

Covering entertainment goes beyond glitzy shows and celebrity profiles. #MeToo stories, and pieces or profiles related to gender and diversity parity, can shake up the status quo, advocate for positive change and shine a light on difficult issues.

Entertainment journalism is often seen as a cool industry to work in. What are some highlights and lowlights of working in the industry?

I’ve had many highlights in this business, from meeting my husband on location in Port Vila when covering Survivor: Vanuatu: Islands of Fire (yeah, that’s probably the top highlight), to chatting up Duran Duran (my teen self would have squealed if she knew what was in her future). Lowlights would be the long hours. Then again, the news is never 9 to 5.

What has been your most memorable celebrity interview and why?

Interviewing a shy, young Jay-Z for his first-ever People profile in 1999. It took place at a small flat in Fort Lee, New Jersey. He spoke quietly, sitting at the foot of his bed and staring at a large-screen television the whole time. But when the interview ended, he thanked me quite sincerely and then turned his attention to his friend’s son, who had come over to visit. Playing with him, Jay-Z broke into a big smile himself. It’s a sweet memory.