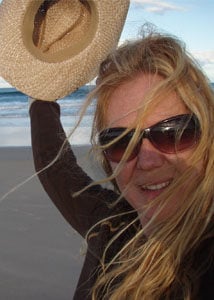 How do you think Australian journalism has changed since you first started out in the industry?

The media landscape has changed dramatically since I was offered a role as a Cadet Reporter with News Limited at the age of 18. Layouts for pages were drawn up by hand, newsrooms were fully staffed with journalists and it was a really exciting and challenging place to be. Every day was different. I was surrounded by incredible thought leaders and experienced journalists who took me under their wing, mentored me, helped me to hone my craft. I was thrown into the deep end as a Cadet at The Cairns Post and was given tasks that were for much more experienced journalists, which stood me in good stead when I left the role to travel the world. Shout-out to my first boss, Denise Pickering, who later went on to become APN Editor-in-Chief and also to my Editor, Alan Hudson, who had himself started out as a copy taker and worked his way up to the position of Managing Editor.

What made you get into food and travel journalism?

My father was Italian so gathering around the table with extended family to enjoy good food spurred an interest in cooking and preparing classic regional dishes from the Piedmont region in northern Italy. As for travel, that’s also part of my DNA. My father was running Kombi tours of Europe for a decade when he met my mum, who toured with him around the European continent. I grew up enjoying looking at photos from their adventures; it looked like such a fabulous life. My (now) husband shares my passion for travel and we also spent a decade roaming the globe where I would post my photos and travel stories, written by hand, to be published in The Sydney Morning Herald, The Canberra Times, and later The Guardian (by this time I could file by email). When I finally settled in Sydney, in 2002, I was awarded the role of Chief Sub-Editor at delicious. magazine, where my self-taught skills as a cook, combined with my experience as a Sub-Editor and a Writer helped carve out another niche in food writing. I have since contributed to Good Food, SBS Food and delicious. and also worked as copy editor and proofreader on cookbooks for chefs such as Dan Hong and Neil Perry.

What are the pros and cons of being a freelance journalist?

I love everything about freelance food and travel writing. It has given me the capacity and freedom to work around my children and also the flexibility to take off on a trip at a moment’s notice. One of the perceived cons as a freelancer is that you never know when the next job is, but because I can swap back and forth, between digital and print, sub-editing and writing, I have a diverse set of skills. To be able to combine the skills of fact-checking and understanding the back-end of production means you understand what an editor requires. Not being able to switch off used to be a problem for me. But the pandemic has delivered an unexpected bonus in the sense that my work-life balance is better than ever.

What advice would you give to young journalists?

Love what you do. Be curious. Maintain your ethics. Be resilient. Be focused. Establish great relationships. Subscribe to magazines and newspapers; they’re your bread and butter.

What does a press release have to contain to be relevant to you?

A press release has to have a hook that grabs my attention in the first paragraph; something new and noteworthy. If my interest is piqued, I will read on. It is astonishing to me how many press releases I receive that contain nothing relevant. I am a journalist so I write about more than just food and travel, but a well-written press release must be concise and snappy with links to images and written in the inverted pyramid style. It’s amazing how many PRs bury the lead in their press releases. A good press release has no grammatical errors and a catchy headline. 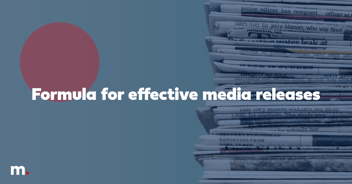 There is an almost universal formula that your press releases should say what they need to say,...