Prianka Srinivasan is a Pacific affairs reporter for ABC Radio Australia, helping to produce their daily radio show, Pacific Beat. She began her journalism career in the United States, after gaining a scholarship to study her Master’s at New York University and going on to work in print media in Washington, D.C. Her work has appeared in The Guardian, Washington Post, USA Today and The Diplomat. She tweets at @iamprianka

When did you decide journalism was something you wanted to pursue and why?
A few years ago, in my former role as a community development worker, I was lucky enough to volunteer on one of the Shepherd Islands in Vanuatu. Listening to news on the radio with my neighbours became a primary pastime – as did sharing stories about our own lives with one another. From there, I decided I wanted to be a professional storyteller, and recount some of the extraordinary things I learned while in the Pacific … hopefully bucking some stereotypes about the region in the process! Journalism seemed to be the right fit.

You spent a few years as a freelance journalist in New York. How is the media landscape in the US different to Australia’s?
While I was studying for my Master’s in New York, I did spend some time freelancing and working for media companies there. I think the most striking difference is how vast the American media landscape is when compared to Australia, with a dizzying level of competition. Unlike here, there’s a media outlet to cater to every niche and preference – and as a journalist, it can be hard to stand out from the cacophony. I think the challenge for media professionals in Australia is to engage with a much more diverse audience while still being innovative and pushing the boundaries of your work.

For a press release to grab your attention, what should it contain?
Press releases that aren’t bogged down in jargon or technicalities are helpful. As a journalist, I want to clearly see how this new research, project, event, can relate to each person in our audience – be it a government official or a stay-at-home parent. If a press release can humanise an issue, or present an old issue in a new way, it makes me a lot more willing to share it with our audience.

As someone who is very active on social media, how has it helped you in your work?
It’s vital for news gathering and connecting with audiences. Particularly working in Pacific affairs, many of our best stories come from a post on Facebook or a remark on Twitter, where we can get an inside peek to the goings-on in places far away from our offices in Melbourne. We need to know what our audience is interested in, and social media allows us to do that. But, admittedly, I do not actively post on my personal social media accounts – which is something I’m working on!

What types of stories are you most interested in covering and why?
I’m interested in covering stories that show the connection between Pacific countries and our lives here in Australia. We often, unfortunately, see Pacific news and current affairs as not being as important as those from other parts of the world, and as a result we miss out on learning so much about ourselves and our closest neighbours. So stories that reveal this connection – from climate change and labour migration, to reality TV’s obsession with the Pacific – are all the things I want to dig into! 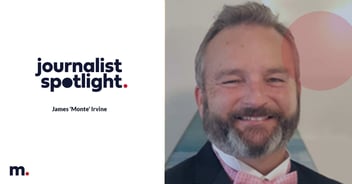 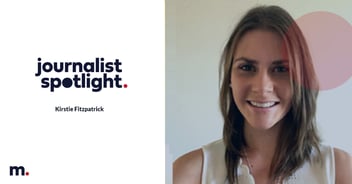 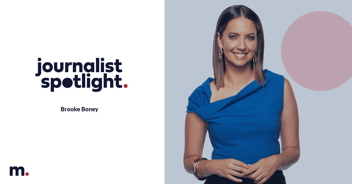