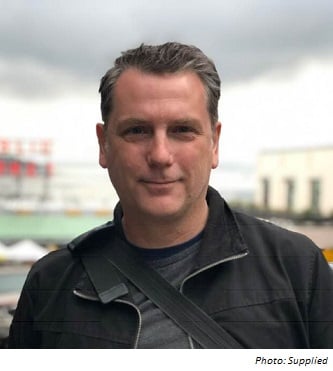 Bill Bainbridge has been an ABC producer, reporter and presenter with the Asia Pacific Newsroom in Melbourne since 2007. He’s reported internationally from half a dozen Asian countries and lived and worked in Southeast Asia for six years. There he worked for the Phnom Penh Post in Cambodia and Deutsche Presse-Agentur in Hanoi and freelanced for The Economist, International Herald Tribune, The Guardian and many others. His Twitter handle is @BillBainb.


What attracted you to journalism/ writing initially?
I was never curious about just one thing. I grew up in Melbourne in the days when The Age was a really great paper, full of great writing across the breadth of public life; politics, economics, music, films, books and football. I saw journalism as a way of staying engaged in all those things. It’s a great job for a generalist.

You worked as a newspaper journalist in Asia, how was it different from working in Australia?
In some ways, it was much easier. In Cambodia, you could get the mobile number of a minister, or just wander into their ministry and knock on the door. They didn’t have minders or media spinners and they weren’t trained to evade the questions. Vietnam though was the complete opposite. They had no culture of speaking to the media and every story was an exercise in pure frustration.

You recently spent some time teaching journalism – how have journalism courses changed since you were at university?
I studied sociology, partly because there weren’t that many journalism courses around in the late 1980s. Now every uni has a journalism degree. When I was studying, I was very much alone in the library writing essays. My students, on the other hand, spent most of their degree working on group projects producing their own TV programs, or writing and publishing online magazines. It much better reflects the kind of workplace experience they’ll have when they get out into the workforce.

How do you use press releases as part of your newsgathering process?
Sometimes they point you in the direction of a great story. Usually, I try to go beyond the press release to find my own talent and bring another perspective to the story. My pet peeve though is when the organisation issuing the release can’t put up any talent for a radio or TV interview. If you’re sending out a press release that should be the start of your job, not the end. 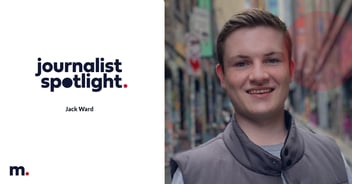 Jack Ward is a 17-year-old journalist and producer who was recently named 2020’s Student... 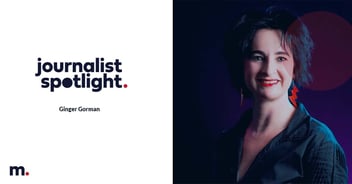