Lauren Sams is the features director at ELLE Australia. She’s the author of two books. Her work has appeared in marie claire, Cosmopolitan, Good Food, delicious, The Sydney Morning Herald, Sunday Style and Daily Life. She lives in Sydney with her husband, daughters and two dogs. Her Twitter handle is @LaurenSSams.

How excited are you to start your new role as features director for ELLE Australia?
If there was a GIF that summed up my excitement levels, it would probably be that one of Liz Lemon high-fiving a million angels. I love ELLE; it has been my favourite magazine for a very long time, so working on the magazine is a dream come true.

For a press release to grab your attention, what should it contain?
A product that actually relates to ELLE. Please don’t send me stuff about pets (unless it relates very directly to Karl Lagerfeld’s cat, Choupette).

If there has been one big lesson you’ve learned so far, what would that be?
God, I have learned so much! But probably the thing that has resonated the most is the importance of listening. This sounds very obvious (especially for someone who interviews people for a living) but I’ve found over the years that slowing down, listening well and taking time to respond is very, very helpful. In work, and in life.

You’ve worked as a freelancer for the last few years. What are the biggest challenges for freelance journalists in Australia?
Being paid well. I’ve had editors ask me to write for less than 20 cents a word. It’s difficult to see the value in even doing the work for payment like that. That said, I’ve had mostly positive interactions with editors, and I really did love working freelance. It gives you the freedom to write about so many different things, which I really enjoyed. 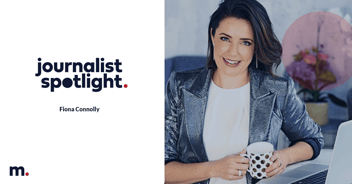