Joe Barton has been obsessed with sport since he was seven years old, and for the past decade has been lucky enough to write about the games he loves. Covering sport has taken him around the world, from Dhaka to Dublin, New York to the Netherlands and all over Australia, reporting on more sports than you could care to name. After seven years with Australian Associated Press, which included a stint as the company’s European sports correspondent, Joe recently returned to Australia to become Fox Sports Digital’s chief cricket writer.

What story has been your favourite to work on in the past twelve months?
The most satisfying story probably came on the Wallabies’ Spring Tour – writing a feature with recent rugby league convert Marika Koroibete. I don’t get the opportunity to write features as often as I’d like these days, so to get a chance to have a long sit down with an interesting character and find a way into his story which (I hope!) hadn’t been done to death before was a fun challenge and I think the result was a pretty nice read.

What changes or trends have had the biggest impacts on the way you work as a journalist?
I started writing for a local newspaper in 2007 and without a doubt the biggest change since then has been the importance of online content – which includes social media and video. Back then, getting your copy in the newspaper was really the only thing that mattered. Now, immediacy is the most important factor. The deadline has gone from 7pm to ASAP. That presents obvious challenges in getting your story up quickly while still trying to analyse sometimes tricky information, maintain quality of work, and perhaps most importantly minimise errors. Your ability to nail the right angle is put under real pressure, and I think that results in people missing the right story far more than they would’ve 10-15 years ago.

How much of a factor do press releases play in sports journalism/your regular work?
Increasingly important, honestly. While the best way to get stories and to differentiate yourself from other journalists and news organisations is still to hit the phones and get that interview or get something unique, you can’t be so naive as to think that you can do without press releases altogether. The biggest sports teams, organisations etc have vast PR departments these days – and whether you like it or not, it’s a pretty essential way to stay across everything that is happening in your area. Of course that isn’t to say it’s gotten to the point where a press release becomes fact which you report as it is: you still want to make a call or two to flesh that information out and find some new way in, so as to differentiate yourself from the other 1500 people who received that press release.

What are the main differences between working in the UK and Australia?
This is a weird one for me because while working in the UK I primarily worked for an Australian company (AAP), so my news sense, news values and day-to-day approach was very much still firmly in the Aussie mindset. I still have the same competitors for stories, same audience etc. So in that sense there hasn’t been a huge change in moving back to Australia. From a wider point of view though, it is definitely noticeable how much more condensed the Australian media landscape is. Where in England you’ll have 15 or so national daily newspapers, in Australia it’s a handful. 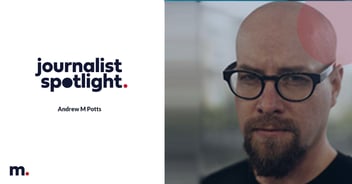 Andrew is the editor at the Star Observer, an Australian publication that focuses on LGBTQIA+...

Emily Angwin has had an impressive career in the media since graduating from RMIT in 2008 with a...