Alexis Daish has returned to Australia after two years based in Los Angeles as Nine’s US Foreign Correspondent. During her time in the US, she covered everything from Awards’ season to crime, high-profile court cases including the trial of Harvey Weinstein, politics and of course the coronavirus pandemic – spending six weeks in New York during the peak of the health crisis.

Alexis has been with the Nine Network for 11 years – starting as a researcher for A Current Affair whilst studying at Melbourne University. She was awarded Young Journalist of the Year by the Melbourne Press Club and in 2016 won a Walkley Award for TV Young Journalist of the Year. In 2018, Alexis won a Quill Award for her reporting on the murder of Avondale Heights mother Karen Ristevski. She has recently moved back to Australia and will be reporting for A Current Affair. You can Tweet her at @LexiDaish. 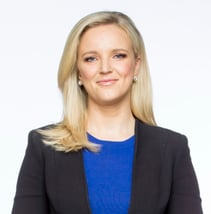 I’ve loved reading books and writing ever since I was a child. At school, my strengths were maths and science but I didn’t have an interest in pursuing a career related to those subjects. Whenever I was writing, I felt at peace and could put all other thoughts/worries aside. To this day, I still find writing therapeutic and almost meditative, even when I’m under a tight deadline and writing a script on location somewhere! I’m so glad I pursued it, because I still get as much enjoyment out of writing as I did when I was an English student.

After more than two years as Nine’s US Foreign Correspondent, I’m returning to Melbourne and joining A Current Affair as a Reporter. I’m really excited – I first started at Nine 11 years ago as an intern at A Current Affair, so I’m looking forward to returning to the show with a lot more experience. I’m wanting to focus on longer-format, in-depth investigative reports. I love getting stuck right into a story – digging up details, finding answers and doing detective work. So I’m hoping to use these skills to uncover stories that are important to Australians.

What have been your favourite stories to cover during your time in the US?

I wouldn’t use the word ‘favourite’, but one of the most memorable stories I’ve ever covered was the nationwide manhunt for two fugitives across Canada who tragically killed an Australian man and his girlfriend. It was such a sad sequence of events, and every day that I was on the story, I thought of his family and how awful it must have been to endure. My cameraman and I virtually drove across the country following these killers’ movements as there were sightings from province to province. I was completely engrossed in the case and after two weeks when police withdrew their resources from the search, it was hard to return to LA without a conclusion.

Another moment I will never forget was Donald Trump’s tweet popping up on my phone late at night announcing he had contracted coronavirus. I don’t think I’ve ever packed my bag and headed to the airport so quickly!

What was it like covering stories in the US during the pandemic?

I had the experience of working as a Foreign Correspondent both before the pandemic hit and during COVID. Initially, it was a huge shock. 2020 started with red carpets and a crowded courtroom for Harvey Weinstein’s trial. Next minute, I was in New York for six weeks watching the city that never sleeps transform to an eerie, depressing, concrete, quiet. That was alarming and unique in the sense that I felt like I was living the very story I was covering. At times, it was unnerving, particularly during the 2020 election campaign. Coronavirus cases were exploding across the country and we obviously needed to travel to cover Donald Trump’s rallies. I took every precaution I could – masks, hand sanitiser, social distancing – but there was a constant worry hovering in my head that I might get sick.

Sometimes, powerful statistics can really hit at the heart of a story and tell people why a particular issue matters. Another thing I find really useful is timelines – a chronology of events laid out clearly to explain how we got to the current situation.

Obviously, press releases are aimed at promoting certain ideas/products/people, but as journalists, we’re looking for interviewees who can give objective, balanced views and opinions. It would be helpful if press releases collaborated with perhaps universities or other bodies that journalists can subsequently contact for more context/information. 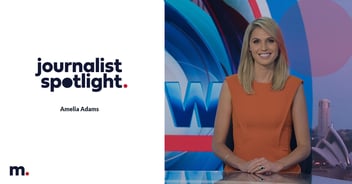