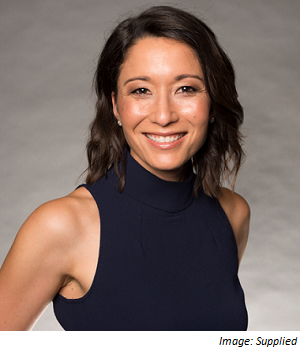 umi is the host of the ABC show, Compass, and a regular host of major live events, including the Australian of the Year Awards. In 2018, Kumi was the MC at the opening and closing ceremonies of The Invictus Games in Sydney, broadcasting to a global audience of 60 million. As a journalist two decades on, Kumi has held a number of roles at the ABC and SBS in Australia; and Star TV and Asia Television in Hong Kong. She has anchored nightly news, ABC News Breakfast and the 7:30 Report. Her Twitter handle is @kumitaguchi.

When did you first decide to be a journalist and presenter and why?

There was never one moment but for as long as I can remember, I relished in trying to understand more. I consumed books – fiction and non-fiction – throughout my childhood and my first magazine subscription was to National Geographic. The desire to tell stories has always been there. Becoming a presenter wasn’t a prime goal. That has evolved in its own way, over time. Even when I am presenting, I still think of myself as a storyteller, connecting a narrative with an audience.

You recently moved away from news and are now presenting events, hosting Compass and writing a book – why the change?

I love continuing to learn and grow and I like to be stretched. I was being asked to do more work that required me to step outside the news box and more into a space where my personality could come out a bit more. Stargazing came along, then Compass, and then bigger events like Australian of the Year and the Invictus Games. My book, well, I don’t love talking about myself but my book is a foray into an issue I care deeply about; identity and belonging and where we call home. Digging into this is exciting and challenging.

How do you think diversity can be improved in the Australian media landscape?

The example I have been giving lately is that of Henry Ford. Apparently, he once stated if he had asked people what they wanted, they would have said a faster horse. Whether he uttered those words of not, is not the point. The point is, so often diversity on-screen is sidelined because an audience supposedly doesn’t want it, nor they can relate to it. I disagree. Give audiences a broader representation of the country they live in and they won’t switch off in droves. I suspect it will be the opposite. Improvement will come when bold decisions are made from those who have the power to make change.

What has been your most memorable moment as a journalist?

There are so many moments, each one unique. But I would have to say the one that stands out is sailing the Sydney to Hobart in 2013. Five days on the ocean, reporting while also being a functioning crew member on 4-hour watches. I have never felt so scared and liberated at the same time. Did I mention I get seasick? Even now, I draw on the lessons I learnt on that ocean, and have a different inner strength to what I had before.

My name. Not “Hey there”, which seems to be on the rise. A release that relates to the work I do and what I am interested in. I struggle when there is too much information, where I am being told which angle to take. I like to decide myself whether a story is worth pursuing or not. So a press release that is brief, unopinionated and interesting, is key. We get so many emails, tweets, messages and so on these days, I want to see something that really piques my interest.