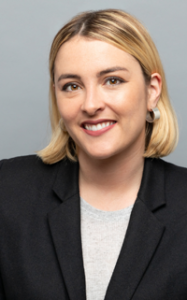 Ruby Jones is an award-winning investigative journalist and documentary host who has worked across Australia. She was the Marchbanks Young Journalist of the Year in 2015. Ruby was the host of the Walkley Award-nominated podcast series Barrenjoey Road, and she is currently writing a book based on her investigations.

Describe your role as the host of the 7am podcast and what it involves.

As the host of 7am I’m involved in every stage of making our daily news show. Many of our stories are commissioned in tandem with The Saturday Paper and I work closely with their editorial team to decide on our stories for the week. Every episode we make is carefully planned, and along with the lead producer I’ll identify all the themes and narrative arc of each episode. I then interview the guest who is appearing on the show and work with the producers to refine that interview. By the end of all this, we will have created the 15 minute episode of 7am that you hear every morning.

Podcasts seem to have exploded in popularity over the last year, why do think this has happened?

It’s an exciting time to be in podcasting! I think more people are turning to podcasts because of the ease of listening. You can listen at any time, and often while you’re doing something else – running, or driving, or cooking. I think that’s why it suits a lot of people, they find their own spot for their favourite podcasts in their routine. I also think it’s a really natural way to engage with the news.

At 7am we cover a broad range of news stories – environmental, political and cultural. But we’re doing more than recounting facts, we’re telling a story and offering a way to understand that story in it’s full context. It’s about more than just what has happened, it’s also about why, and what it means for Australia and where we’re headed as a country.

You’ve worked across many media roles – as a TV anchor, radio news presenter, investigative journalist and now podcast presenter. What’s your favourite form of journalism and why?

Starting out I didn’t really have a clear idea of which form of journalism I wanted to do. And I do think in a way, the nuts and bolts of journalism are the same, no matter whether you’re working in print, or audio, or television. Having said that though, in recent years I have really fallen in love with audio storytelling. I love how intimate it is, and how subtle it can be. There is so much that can be conveyed just through how a person tells a story. The emphasis, the excitement, the crack in their voice. Talking and listening is such a natural mode of communication, and podcasting really taps into that. It’s a very authentic medium – people can hear straight away when someone isn’t telling the truth. And, by the same token people also connect to a podcast in a very genuine way if they like it.

I spend a lot of time reading, from a wide range of sources – Australian and international. I also spend a lot of time listening, both to other podcasts and the radio. If I’m researching a particular story I’ll go to the primary documents, things like court documents or inquiry findings. I’ve filed FOI’s from time to time. And of course, I talk to a lot of people!

Because I’m making a daily show I don’t have a lot of time to absorb what isn’t relevant to what I’m making. So I always appreciate it when information is clear and upfront.