An embargo is a direction or request on a media release that the information be kept confidential until a specified date or time. Basically, embargoes are used by PR and organisations to give journalists a heads up that something is about to happen. The media can then prepare a story that is ready to be published as soon as the information is released.

It’s important to note that simply writing ‘embargoed’ on your press release does not legally bind the media to this agreement. In fact, many journalists very openly admit to frequently breaking embargoes. After all, every media organisation wants to be the first to break a story.

The distributor of the press release must clearly specify exactly when the embargo will end.

But most of the time respecting an embargo is beneficial for both PR and journalists.

Journalists want to maintain their reputation that they can be trusted by sources to receive confidential information.

This relationship is particularly important in the arts and music media industry, where journalists are often invited to view a show or read a book prior to it’s opening or release, so that they can prepare their review ahead of time.

Media organisations who have broken these embargoes have faced backlash from the arts industry. For example, in 2011 the New Yorker published a review of The Girl with the Dragon Tattoo a week early. Despite being a largely positive review, this angered the film’s producer so much that he banned the magazine’s film critic David Denby from ever seeing another preview of one of his films.

So, in summary, you can generally trust that your embargo will be respected. But if it would really be catastrophic for the information to be released early then you might want to reconsider sharing your media release ahead of time.

When it comes to deciding how effective embargoes are for PR pitches, however, the jury is still out. 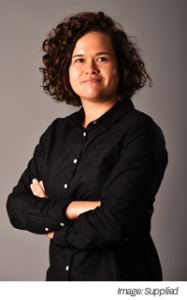 Some journalists may simply disregard your media release because they can’t publish it immediately, or, as discussed previously, ignore the embargo restriction. Some, however, appreciate getting the forewarning to prepare their story ahead of the official release.

“I am more likely to use one or forward [a press release] on to the right reporter in the newsroom if it’s embargoed. Universities and the Science Media Exchange do this a lot with science-related news and I really appreciate that,” she said in our Journalist Spotlight interview last year.

“It may not run big in the paper, but it’s more likely to run if we get to have it in print before TV or radio are able to report it.”

Our advice is to consider how necessary the embargo really is to your announcement.

Are you just trying to generate a sense of importance or exclusivity? If so, journalists can generally see through this facade. However, if the embargo is genuinely important to your campaign, then it may be very helpful in allowing journalists time to prepare a story.

If you’re looking for more tips or advice on the communication and pitching preferences of journalists, sign up for our next Medianet Masterclass. This event is designed to help you workshop your PR strategy and network with high profile journalists. The four panellists for our event on 1 June in Sydney are:

Or your completed media release can be distributed directly to thousands of journalists, producers, editors and newsrooms here.