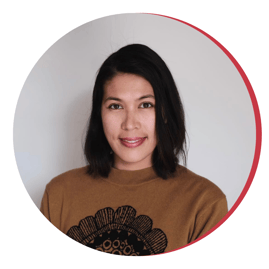 As a bilingual journalist, Tania Lee’s job often involves a few extra processes to get a story out.

Currently a Digital Content Editor at SBS Chinese, Tania frequently conducts interviews in Mandarin before having to translate the content to English, or vice versa. She says she is grateful for the “very special role” reporting for Chinese audiences on SBS’s new digital platform, despite some extra challenges.

“I think Chinese Australians are quite humble. Often they're kind of media shy. This is a Chinese society where a lot of the focus should be on promoting oneself, it is always kind of inward-looking. So already the story is really really difficult to access, and people are very difficult to access,” Tania says.


“I'm just really passionate about my role, and just telling stories about Chinese people in the community because they're doing such amazing work within their organisation or in society but not getting the kind of media coverage that they deserve.”

Having started her media career as a news and current affairs cadet at SBS, Tania has gone on to work for a number of organisations including The Age and China Daily, with a focus on video and digital media.

She says her most fulfilling job so far was reporting from China during the time Xi Jinping came to power in 2013. Starting as a language student, Tania then spent four years based in Beijing reporting for Agence France-Presse (AFP) and freelancing for various other publications.


“I knew Mandarin because I've grown up Chinese Australian, but I wanted to do the kind of stories where I had to understand political speak, so I enrolled in a six month intensive Chinese course. From that point on I was able to understand even what the president was saying, and top officials, so I could do any story from the community all the way through to bureaucrats,” Tania says

“This was a time when China was going through big changes, and I'd say one of the biggest ones was lifting a large majority of their population out of poverty, that was one of the goals that Xi Jinping has had since he's come to power. When he took over from Hu Jintao, corruption was a big issue at every level, he vowed to crack down on both the ‘tigers’ and the ‘flies’.

“[Covering] that kind of thing really got me moving around the country, and I think by the time I finished up with AFP in Beijing I'd already travelled to two-thirds of the country, which was amazing seeing all walks of life and the diversity.”

This diversity and contrast is one aspect of her time there that Tania remembers vividly. She recalls covering a political event at the grand Great Hall of the People in the same week as reporting rurally for the Wall Street Journal about families of young children whose parents had left them under the care of grandparents while they search for work in bigger cities.

“I had to get there by plane, and then a black cab and then I had to walk like an hour beside a cliff to get to this village where there weren't any other houses, there was just this one family house. I spent three days just following the lives of these, what they call 'left-behind children,” she says.

“I had to get there by plane, and then a black cab and then I had to walk like an hour beside a cliff to get to this village where there weren't any other houses, there was just this one family house. I spent three days just following the lives of these, what they call 'left behind children’,” she says.

“If they were the elder sibling, like seven or eight, they would be looking after their three year old brother or sister or even younger. Hanging out the washing, cooking in a big wok, collecting wood, when they should be learning.”

During this period overseas Tania also spent a month covering the missing Malaysia Airlines Flight MH370, interviewing the families of victims in a hotel.

“I think there was a big communication breakdown between the airline and the victim's families, and as that breakdown continued the story never ended because they were always asking questions and until this day they still don't know where their loved ones are,” she says.

“I experienced a little bit of PTSD from that, because obviously if you get to know the families you get impacted by their personal stories and their angst and anger.”

Despite some difficult times, Tania describes her experiences as a foreign correspondent in China as a “privilege” and one of the “most eye-opening experiences of her life”. She says there were plenty of fun and quirky stories, such as reporting on several homemade contraptions including planes and a doomsday survival capsule.

“I've been in a homemade submarine, I went into a lake with the guy who had made the submarine, and I'm happy to have come out alive. It was pretty claustrophobic, I was a little bit scared for my life. But we made it out alive and we did the story and it was brilliant,” she says.

“Sometimes I get press releases and you look at the talent, you look at the issue, and I feel very separated from that issue, because the issue doesn't reflect the things that Chinese Australians care about, and second of all you're not giving me a talent who is from the Chinese community of Australia. I kind of need both to follow up.

Study of Journalism and Social Media in Australia 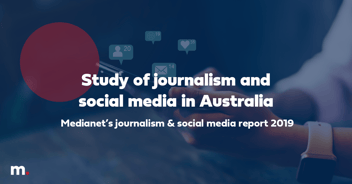 Some 55% of Australian journalists believe the internet and social media have diluted the quality... 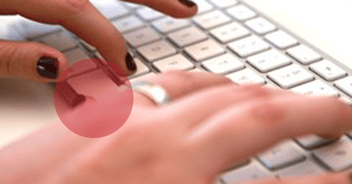