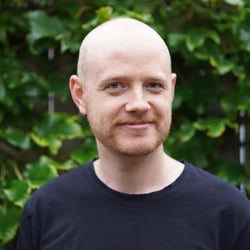 Lewis Jackson is currently a Reporter and Data Journalist for Morningstar, an international financial services and investment research firm, and has been working in this role since early 2021.

He says that he found himself working in the media industry “completely by accident”, and after studying International Development at university Lewis decided to return back to university to study Economics.

“During the course of doing my Masters, I fell in love with finance and writing, and began writing for the university paper.”

Lewis then started a blog dedicated to topics relating to finance, with a particular focus on central banking, which soon became a major part of his life.

“What I want to do everyday is to just think and write about this, and I began thinking about what the best career would allow me to do that, and I thought that financial journalism is the way to go.”

Since the rise of crypto-currencies, NFTs, an ever-widening wealth gap, and even serious discussions on implementing a four-day workweek, the financial world has changed drastically.

Lewis says, however, that the most visible changes he has seen since first writing about economics has been the rise of the retail investor.

“Every second bus has ads for brokers, they’re on billboards everywhere and on TV, and that’s not something that I recall even three or four years ago.”

“Investment was just something boring that happened in the background of your super, it’s now become cool and fun.”

There has also been a rise in central banking since the global financial crisis of 2008, Lewis explains, and that these banks have since become the main economic policy makers.

“I don’t think we would have the bull market that we have and the surge of interest for retail had it not been for the actions taken by policy makers, especially central banks.”

When asked about what he would tell his younger self about working in the media industry, Lewis says that remaining patient is most important.

“It takes a long time to find out what you like, and the only way to find that out is to do lots of things you don’t like.”

“There’s a lot of pressure to finish uni and then instantly find your dream career, you have no frame of reference, so I think pinballing between things and taking breaks and doing something different is so important.”

“Having the mental framework to say ‘this is okay’, and that not every second or step of my career is fine-tuned in becoming a CEO at 35.”

The stress of finding where you want to work and what you want to do is a “lifelong process”, Lewis explains, and that being flexible and taking risks is what can help you along your career path.

Lewis says that he finds his role at Morningstar as “incredibly rewarding”, and is “incredibly grateful” writing about economics for his job.

“A lot of things I do for work I would already do in my spare time!”

He still emphasises on the challenges he faced while working in the media industry, and that the hard transition from starting a new career and learning new skills was difficult.

“Trying new things and being bad at those things, sometimes for an extended period of time, can be very challenging on one’s psyche and sense of self.”

“Clawing your way up a learning curve is not always easy. When you get there it’s great, but on the slope it can be really brutal sometimes.”

“Email is best. I don’t usually answer unknown numbers just because of how much spam there is. I’d like to get a coffee and get to know someone before they pitch to me, but email still works best.” 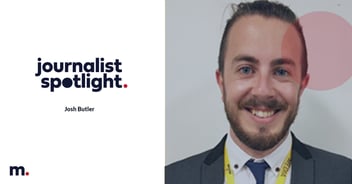 Josh Butler was recently appointed Editor at HuffPost in Australia, working as part of a global... 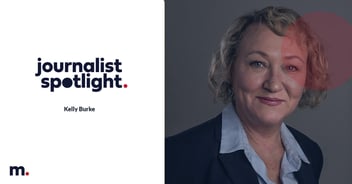 Kelly Burke was appointed the Arts Reporter at Guardian Australia in October 2020, a role that was... 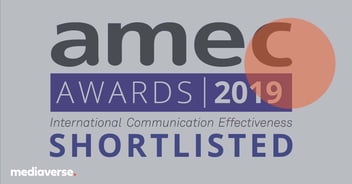