Finn McHugh has been working as the Federal Political Reporter for The Canberra Times since July 2021. He has previously worked for NCA NewsWire, Sky News, and Fairfax Media.

In June 2022 he departed for Helsinki, Finland as Australia's Representative at the Foreign Correspondents Programme 2022.

Tell me a bit about the Foreign Correspondents Programme — could you share any highlights or interesting insights you learned? 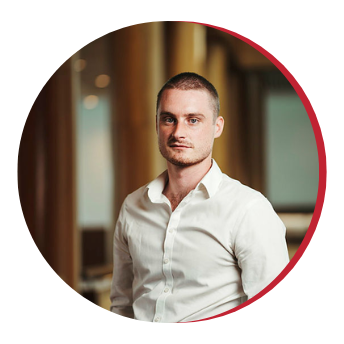 “There's one representative from each country, this year it was 12. The program itself is really interesting. They have a different focus every year, and this time, unsurprisingly given everything that was happening in Ukraine, the focus was on NATO. It was a really good opportunity to meet politicians, people from the defence industry, people from the military… all these different sectors, explaining NATO, what was happening across the border in Russia.

“We spent time with the biggest newspaper in Finland which was particularly interesting, given that’s my professional background here in Australia. I think wherever you are, you can get siloed off and think that the approach in your country is the only way, or the natural way. But there were some really fascinating titbits; having the editor of the paper explain to us that they don't publish the names of anyone convicted of a crime unless it's over three years in jail, or they’re a public figure. I couldn’t imagine that here, but hearing her explain the ethical background was pretty eye-opening.

“Aside from the program itself, there were moments when I was sitting around thinking 'Wow, in this little group here out of five or six journalists I'm the only one from a democracy'. I got to hear them explain how they have to tiptoe through some pretty heavy and dangerous environments for journalists. I felt a little sheepish when they asked what covering the Australian election was like, when some of them faced trouble for publishing freely. It's the old cliché, but it does make you realise how lucky you are to be Australian.”

And are you looking to do foreign correspondent work in the future or is this more about informing your work as a reporter in Canberra?

“I'd love to work overseas at some point, [although] obviously it's really competitive. But I think these kinds of programs are useful even if that's not your goal. Whatever you’re covering, I think often the comparison that the Australian media likes to make is looking at larger countries, or countries that we're quite culturally similar to. I think if you look at things like childcare or health policy, the normal comparison that we make is with the UK and the US. But a country like Finland, and the Nordic region generally, is a really interesting place for Australian media to look into.”

I keep thinking back to that idea of the newspaper not reporting names of people who spend less than three years in jails, can you see something like that being implemented back in Australia?

“I can't imagine the media landscape changing that much here. Growing up and consuming news, I’d never even considered that. You sort of view the environment that you grow up in as just the way that things are done, but it was really fascinating listening to the editor talk about the ethical responsibility that newspapers have.

“She explained how she didn’t view it as her newspaper’s role to be the thing that employers can Google when they're going for a job interview, because the whole idea of the prison system in Finland is to reform people. It was quite a different perspective to what we're all used to reading here.

And in terms of your work at The Canberra Times, I was wondering if you've got any insight on covering the election? Is there anything that people might be surprised to learn about that whole process and experience of being on the campaign?

“It was my first campaign. I think what I found interesting but not entirely surprising was how curated it all is. I'd never been to Tasmania before, but I’ve now been there for a grand total of an hour; we were on the ground for 15 minutes to watch Albanese shake some hands and then we were straight back on the plane to Melbourne.

“We did some reporting at The Canberra Times about the sort of stage managed nature of both campaigns, not just Albanese’s. When I asked an older journalist who had been on quite a few campaigns if this seems more curated, or more for show, than other ones he said: “Absolutely, neither candidates have done a walk through a shopping centre'. It was the campaign he’d been on that neither leader did that. When you're walking through a shopping centre, you have to meet real voters and they get to tell you what they think of you.”

Have you noticed any significant differences in your journalism work since the new government came to power or is it just sort of business as usual?

“Well they've been in power for two months now and I've been away for a month of it, so I'm just settling back in. It's my first change of government, so I had thought, very naively, I'd go away for a month to Europe and come back and everything would be settled. But still offices have no staff and it is still a bit chaotic. I think it's probably more a question for six months down the line, when the new government has found a bit of a rhythm. But at the moment I don't have any insights into that, other than that transitioning a government takes a lot longer than the month I spent in Europe!” 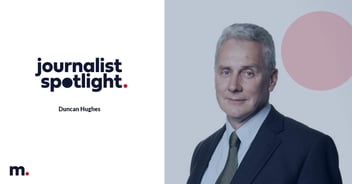 Interview with Yelena Fairfax, Editor and Founder of Husskie

While the rest of the world appears to be moving away from print publications, Georgie Pengelly...