Cameron Williams is a writer and film/TV critic who got his start as editor of the website, The Popcorn Junkie, over a decade ago. Since then, his work has been featured locally in The Monthly, The Guardian Australia, VICE Australia, Junkee, ABC News Online, SBS Movies, The Brag and Buzzfeed Australia. Overseas, his work can be found in Birth. Movies. Death, Little White Lies and IndieWire. He can often be heard talking about film, television and pop culture on ABC Radio and has a slight addiction to Twitter using the handle, @MrCamW.

What draws you to be a film critic?
The films, of course, and the chance to be part of the conversation about what’s happening in cinema, which is always evolving and film critics play an important role in helping to shape the discussion.

What is the hardest aspect of getting your work published by various publications?
Pitching is always tricky, especially when outlets aren’t keen on traditional reviews. That’s if you can pitch because there’s minuscule space for arts coverage in Australia at the moment. Specific angles or opinion pieces are preferred now, which is fine, but it definitely changes the way you approach pop culture because you’re looking for a precise thing to write about instead of covering a film or television show broadly in a review. I’ve been lucky to work with fantastic editors who always assist in helping to bridge the gap between what I’m trying to achieve as a writer and what the outlet is aiming for when it comes to their editorial.

What is most useful information to you in a press release?
Who to contact. Most of the time, if the press release has done its job I’ll be calling or emailing the media representative without reading through the rest of the release and it’s crazy how many times I am scrambling for simple contact details.

Who would you consider as an influential person, organisation, or platform for your industry?
Garth Franklin over at Dark Horizons was influential for me because he was one of the first people to use the internet to publish film news, trailers and reviews back in 1997, and it’s still going strong today. As a teenager, I would check Dark Horizons daily and it helped shape my love of pop culture. Garth is a pioneer in the digital media space in Australia and internationally. A lot of new media owes a debt to Garth who was doing it long before it became a mainstay. 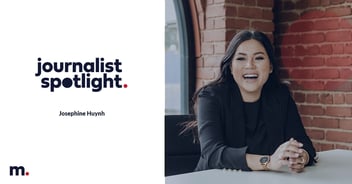