Amina McCauley is a freelance journalist based in Tasmania. She recently completed a cadetship as a graduate journalist at The Hobart Mercury and has also written for Southeast Asia Globe. Amina completed her Bachelor of Arts with First Class Honours majoring in Journalism, Media and Communications at the University of Tasmania and has also studied in the Netherlands and Denmark. You can Tweet her at @aminamccauley_

Why did you decide to pursue a career in journalism?
Journalism is one of the windows into the world and arguably the most far-reaching. My love of writing, learning and talking to people combined with my desire for a fairer and more transparent world drove me to pursue a career in journalism. I started studying Law at university but one semester in I realised that I want to communicate with people and to explain.

The 12 months at The Mercury taught me so much more than my four years at university. I was thrown in the deep end with little guidance, which initially was frightening and infuriating. I later realised that perhaps that’s the only way to learn, by pretending. Like putting on stiff shoes and letting the blisters form, hurt and heal. Not only did I learn about the craft of journalism itself and what a ‘story’ really is, I also learned about the industry and observed the power of digitalisation shift the profession dramatically and frantically. It was also the best way to delve into the community I’d grown up in – to hear the heartbeat of Tasmania and get to know all its flaws, quirks and nuances.

Having studied in the Netherlands and Denmark, what differences have you noticed between the Australian media industry and that of the countries you have visited?

The Australian media industry is far less diverse than in Europe, so the main difference is that there are more independent publications in those countries. But, I think that the same factors dominate the industry worldwide nowadays. Journalists everywhere are under increasing pressures to do more, faster, with less. I also don’t think I have enough of an insight into the industry, as I’ve only studied elsewhere rather than worked.

What is the most memorable story you have reported on?

Hobart hosts an agricultural show every year, a four-day event in October with animals, food and rides. At last year’s event, while I was working at The Mercury, a young bull was put down during the rodeo event after it broke its leg. The story was very memorable for me because it involved so many different voices and opinions. It was a clash between tradition and morals, and wasn’t just about animal rights. It was a story that got people talking about how long we can hold onto traditions for and how we know when the right time to move on is. I enjoyed provoking this discussion and following the responses and ideas that perhaps drove change.

I like first to speak with someone for background, someone who understands all sides to the story. I then look at what else has been written on the topic, both journalistically and from grassroots organisations, and then try to find a protagonist at the centre of the story – the one whose feelings and thoughts on the topic are not driven by financial or political interests. I use a mix of the internet for academia, history and news, and an array of people who can discuss the complexities of the given topic.

Something exciting, something new and quirky. 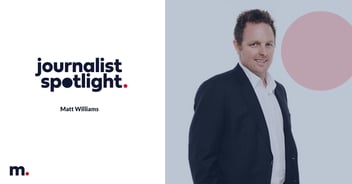 The perks and challenges of freelance journalism with Kate Allman 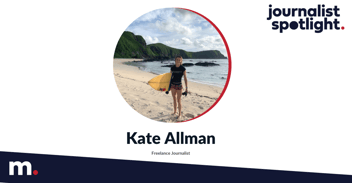