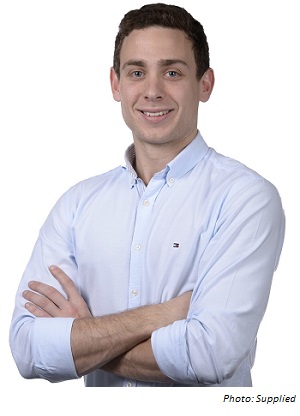 Tom Rabe is the NSW state political reporter for Australian Associated Press. Tom studied journalism at Curtin University before working at the Community Newspaper Group for two years. In 2015 he joined AAP, and in 2016 he moved to Sydney from Perth with the company. His Twitter handle is @Rabe9.

You’re currently working on the NSW election campaign – what is the most memorable moment you’ve reported on so far?
There have been a lot of memorable moments, some hilarious and others incredibly awkward. In terms of an election-defining moment, Michael Daley’s brain fade during a live debate would have to be well up there. Labor’s death spiral in the final week was something to behold. Aside from the politics, there were lots of funny human moments with the premier and opposition leader on their campaign buses, but what happens on the bus stays on the bus:)

What draws you to political journalism?
I think it’s important to hold powerful people to account. I grew up with a keen interest in politics, and I’ve always wanted to peer behind the curtain and see what’s really going on.

How important is social media to a political journalist?
It’s an incredibly important tool. Aside from being a great way of staying on top of breaking news, it sometimes allows you to circumnavigate politicians’ PR teams and go straight to the person you need. If you tweet your stories, people see what you’re working on and can come through with anonymous tips or direction. I think all journos should have their DMs open, a great tip comes through occasionally…as well as the abuse.

What should political press releases include and what shouldn’t they?
The first one should be short. Sometimes you’ll only have 10 seconds to glance over what someone has emailed you. You’re getting dozens a day, so getting straight to the point helps. A case study often helps, with mobile number and email of a person or expert that the journo can contact directly when they get time. Don’t say “happy Friday”. Also, massive font/big colours always turn me off. Keep it clean.