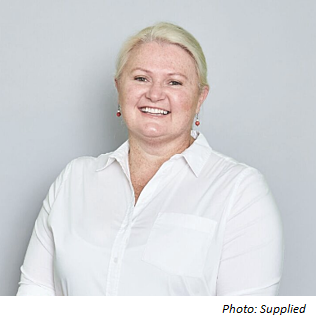 Sue Stephenson is the current Editor at Central News. From the young age of 14, Sue already had a front-page story in her local rural newspaper. From there she slowly worked her way into mainstream media, first starting with a cadetship at The Manning River Times, sitting at the same desk as Liz Hayes (60 Minutes). She then moved to Prime Television Taree and Port Macquarie, then Channel 7 Sydney, then the ABC. In that time, Sue scored a Logie, helped launch ABC News 24 and gained a bunch of amazing stories. Sue tweets at @susanstevo.

Has the world of social media and the internet age helped or hindered the Journalism industry?

I firmly believe it has helped, and not just because I’m drawn to breaking news. I was an early adopter of user-generated-content (UGC) and have enjoyed seeing our industry respond to what the public is talking about, as opposed to us telling the audience what we think they should know. Sure, there are serious issues with privacy and disinformation which warrant greater regulation, but we’re all awake to that now. I’m also lucky to be one of Australia’s Google News Initiative trainers, so I get to see all the cool tools that are freely available to help us reach more people through social and digital platforms.

What’s the number one highlight of your career?

Professionally, I can’t go past being on the team that created and launched ABC News 24. But personally, it would have to be the story behind the Logie, which was the Seal Rocks mass whale rescue. It was pre-social media but hundreds of people came from everywhere to help get a pod of false killer whales off the beach and back out to see. It was Australia’s biggest and most successful whale rescue and I still feel privileged to have witnessed and documented such a remarkable triumph of the human spirit.

Tell us a little bit about your work history, what were some key stepping stones that have gotten you to where you are today.

Knocking on doors got me my cadetship and building a reputation through sheer hard work has kept me employed ever since. Apart from launching ABC News 24, my career-defining moment came when I was on-air during the September 11 attacks on the US. That night changed the way we produce television news and cemented my future as a breaking news specialist.

Years later, it was my support and mentoring of younger team members, and my interest in newsroom workflows, that prompted a manager to say I’d make a good Journalism Lecturer and Academic – which is what I’m up to now.

What aspects of journalism motivates you the most?

Helping people. Definitely. I am a shameless altruist and feel most comfortable when covering a story that has the potential to educate or benefit others. It’s why I’ve always loved regional and local news. I rarely remember the stories about politicians or celebrities, but the stories about everyday humans fascinate and inspire me.

As an Editor, you must receive an abundance of PR. How important is the layout of a release regarding its likelihood in being used?

My advice would be that you’ve got just three paragraphs to hold my interest. We’re now juggling so many things that we need to see the who, what, when, where, why and how, in just a few sentences. And don’t overwrite or bury the lead. We tend to skim-read media releases, so short and to the point is best.