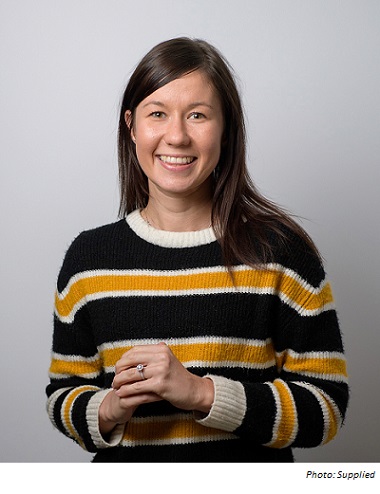 Dominica Sanda is a journalist at Australian Associated Press (AAP), working at its Sydney Bureau. She covers general news, specialising in stories about the environment, urban development matters and a bit of state politics. Prior to AAP, she held roles at various media outlets, including group digital journalist at Newcastle Herald, casual news reporter at The Sydney Morning Herald and reporter at Fairfax Regional’s Southern Highland News. Dominica tweets at @dominikasanda.

What attracted you to journalism?

I was one of those corny kids who made their own newspaper at home and gave it to all my neighbours to read, so it’s something I’ve always been drawn to. I believe that good journalism can make a difference, and I’ve always wanted to be part of that.

What is your opinion of environmental reporting in our country and how can it be improved?

It’s hard to find balanced and reliable environmental reporting. A lot of stigma is placed on the outlets that report on the environment i.e. that they’re left field or greenie, while other media outlets just plainly ignore environmental issues. It is improving but the environment needs to become just as important as politics and crime because it impacts us all.

What do you find most useful about press releases? Or how can they be improved to better suit your needs?

I like press releases that include the basic facts so I can get a general understanding of the issue and follow up if needed. Sometimes, though, the facts are very vague, and that makes it difficult for us reporters to gauge if it will be newsworthy for our audience.

What pressing environmental issues are not getting enough media coverage?

Australia’s mammal extinction crisis is alarming, and more people should be aware of it. Also, the NSW government’s plan to raise the Warragamba Dam wall is a huge issue because parts of the heritage-listed Blue Mountains will be inundated, and dozens of threatened species will be at risk.

Which recent stories have had an impact on you?

The murder of Australian man Lucas Fowler and his American girlfriend Chynna Deese in Canada and the search for their killers has absolutely hooked me. It’s such a terrifying and heartbreaking story. It also has such a sense of familiarity, given how common it is for couples or friends to backpack in Canada.