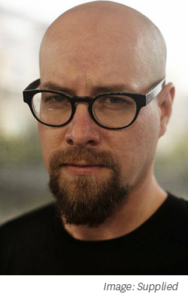 Andrew is the editor at the Star Observer, an Australian publication that focuses on LGBTQIA+ issues and interests. The magazine has been around for four decades and has since expanded its distribution from Sydney to Melbourne as well. Jason has been with the publication for over five years in his 15-year long journalism career, first starting as their political columnist in 2007. Connect with Andrew here.

How has the Star Observer’s content changed with the times, in regards to the yes vote and growing online visibility of the LGBTQIA+ community?

The biggest challenge for LGBTQIA+ media is that, as our civil rights issues have become more mainstream, better resourced news organisations are now much more interested in covering our issues. When I first started writing for the Sydney Star Observer the news would sometimes come into my office literally bleeding from the street. Now there is a lot more competition to tell those stories.

What really keeps us relevant for our readers is how we haven’t changed. We still report on the local events and goings-on inside our community that you would expect from a local community newspaper, and our readers know they won’t find that sort of local interest news anywhere else.

I began writing as a political columnist and board member at the then ‘Sydney Star Observer’. I gradually began to contribute news to the paper and quit the board to take up a staff journalist role before becoming its news and opinion editor and then editor. It was later rolled out in Melbourne and Sydney newspapers into a national Star Observer title and my role became redundant. I then wrote for the global LGBTQIA+ website ‘Gay Star News’ as their Asia-Pacific correspondent and to contribute long-form features for DNA Magazine as I have done at many times over my career. The Star Observer was later sold to a new owner in June this year and I saw an opportunity to help rescue the publication I’d cut my teeth on.


Do you feel you have a responsibility to publish an even balance of both positive and negative stories?

As issues of discrimination and law reform are still such a big part of the news we report on, no. Our community is still grappling with issues of fundamental human rights both in Australia and around the world and that by no means ended with gaining the right to marry here.


As an editor, what are some of your pet peeves in a bad release?

I dislike press releases that bury important information such as dates, or the city or state in which an event is taking place, particularly if I have to download a PDF to find out these things. These should be in the body of the email. A good press release should start off by explaining the who, why and what, as simply as possible. Overly florid or turgid language can be annoying as well.


What is your opinion of LGBTQIA+ reporting in our country, and how can it be improved?

Just recently in NSW, we have seen a lot of uncritical reporting in mainstream media around emergency workers being exposed to people’s bodily fluids at work. Senior figures and commentators have been spreading some shockingly ignorant myths about how infectious HIV is around that issue – such as the notion that the virus could be spread by biting or spitting or by a person kissing their child. There needs to be a lot more education for the heterosexual community to update them about their real risk of infection (which is very low in 2019), and also the new prevention technologies that are available so that people do not carry unfounded fears when that occurs. It’s important that mainstream journalists who are reporting on LGBTQIA+ issues make sure they consult the experts so that they know what they are talking about.