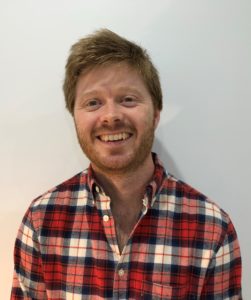 Tom Martin joined GOLD104.3’s The Christian O’Connell Show as Executive Producer in August 2020. He grew up in New Zealand and moved to Australia in 2014 where he has worked on a number of radio shows in Adelaide, Perth and Melbourne as Content Director, Senior Producer and Executive Producer. You can Tweet him at @TomOfficeNZ.

How did you get started in radio?

I religiously listened to Channel Z in New Zealand as a kid and couldn’t believe it when I found out you could get paid to do something like that. I started at 95bFM (Uni Radio) in Auckland when I was 16 and fell head over heels for radio. I worked in New Zealand and then moved to Australia in 2014 where I’ve worked in Adelaide, Perth and now happily settled in Melbourne.

What does a typical work day look like for you?

4.15am alarm. Coffee and listen to a podcast about the NBA on the drive into work. On with the show from 5am until 9am, then get organised for the next day with a mix of creative meetings, emails, phone calls, and generally too much time on my phone.

If you could give one piece of advice to someone wanting to make it in radio right now, what would it be?

Don’t settle. Just because people say, “We’ve always done it like this” doesn’t mean it’s the right thing for the audience. Your audience are the most important stakeholder and they deserve the best of your ideas. If it means you need to challenge convention to give your audience that, then do it.

What are the most important skills that your job requires?

As your audience slowly comes out of lockdown, are you changing the kind of content you feature on the show?

The content of the show has remained authentic about the experience that the audience are going through because Christian and all of us on the team are going through it too. So the show has been silly and fun at times and it’s been heartbreaking and poignant at others. As we come out of lockdown those values – of reflecting what the audience is going through in Melbourne – won’t change. Our listeners are genuinely the stars of our show, so we’ll continue to put them on the pedestal they deserve.

Connection to the show. If you can demonstrate how something that is being offered connects to something that’s been said or done on air, then you’re going to get our attention. I’d also really plead for condensed versions of a release or pitch. I just need to know your key hook or angle to be able to make a decision on whether it can work with the show. If it’s a page of text or a long article it will get skimmed. For me, less is more.