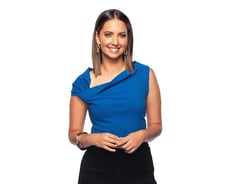 Many Australians will associate Brooke Boney’s cheerful smile and quick wit with their morning breakfast, as the Entertainment Presenter is nearing her third year with Channel 9’s Today show.

Brooke is a Gamilaroi woman from the Hunter Valley region in New South Wales. She says she was inspired to become a journalist so she could lend her perspective to the reporting of Indigenous issues in the media.

“So many of the stories that we hear about Indigenous people were all really very negative, and they were really ‘othering’,” she says.

“So I wanted to be a journalist so that I could contribute to some of those conversations and be a part of the storytelling about our experiences and about the issues that we face.

“I think that it’s really really important that when we are telling stories, we should speak to people who are affected by the stories that we’re telling, and not just speak about them.”

Prior to joining the Today show in 2019, Brooke was a Breakfast Show Newsreader on the ABC’s triple j. During her three-year stint at the national youth broadcaster, Brooke became known for starting her news bulletins with the traditional Gamilaroi greeting ‘yaama’.

She says every time she has spoken on-air about Indigenous stories or issues, the viewer feedback has been an “eye-opening and lovely experience”.

“Recently I was talking about The Kid LAROI, and Ash Barty and Patty Mills, and the success that they’ve been having. It was NAIDOC week.  I was saying Indigenous kids can watch these people and know that not only are they equal, but they can be the best in the world at the things that they want to do if they work hard,” Brooke says.

“I got this message from a lady with a photo of her daughter watching television. And she was saying ‘thank you for what you just said about Indigenous kids — here’s my Indigenous child watching you as you were just speaking’.”

“That’s exactly why you do the job that you do, to have that sort of reach to people.”

She’s up every morning at 4am for the live breakfast TV production and says her sleep routine, among other things, has been made even more challenging due to COVID-19 travel restrictions.

“Normally I would spend a good chunk of my year overseas, and we’ve been obviously grounded in Sydney for a year and a half. So most of the interviews that I do now are either very late in the evening or very early in the morning because of the different time zones,” Brooke says.

“My job also involves watching a lot, an absolute bucketload, of films and television. So there’s the four hours or whatever that we’re on air, but then there’s the whole chunk of time afterwards that we have to spend preparing all of it. We’ve got such a great team.”

Being also entertainment-focused, Brooke says there is some crossover in content between the podcast and her reporting for TV. But she describes the podcast as being “pretty footloose and fancy free” in comparison to the intense preparation required for the Today show.

“Basically they’re conversations that we would be having in real life anyway, Linda and I. We have such a great friendship because we’ve worked together before, so we have that sort of history together and connection anyway. So it’s pretty fun I have to say, ” she says.

“If you’re going to work that hard, then you have to make sure that the things that you’re doing you absolutely love. Otherwise you wouldn’t be able to do it, it would not be sustainable.”

“I think you need to have a think about what it is that our audiences are after, because every time that we’re making the show, what we have in mind at all times is ‘what are people going to tune in for and watch?’. So if you’re going to pitch a story to us, we want to know that there’s some sort of connection, that you’ve got our audience in mind as well, rather than just thinking ‘oh yeah the Today show is a big program so we’re just going to try to get it on air’.

“If you’re pitching it to the Dream Club, what it is that our audiences want to hear that’s different from just putting out a normal pitch. Ultimately we’re in the business of trying to serve this audience, so we follow the stories that will do that best.” 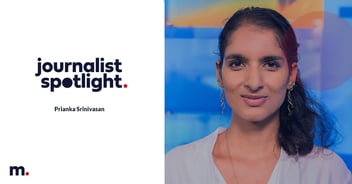 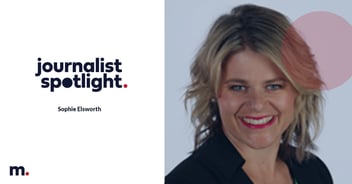