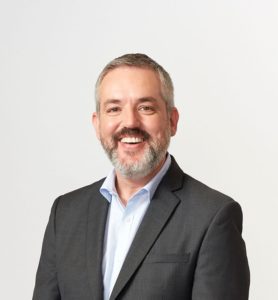 Michael Pachi has worked in the media industry for the past 26 years and has been the National Political Editor for Nine Radio for more than a decade. Michael started in the position in late 2009 when the radio business was owned by Fairfax, then the subsequent merger with Macquarie added Sydney’s 2GB to the mix of stations. He’s continued in the role as part of Nine Entertainment’s ownership of the radio stations. Michael was also an Executive Producer at Sky News for five years, and before that worked as Finance Producer at Seven as part of David Koch’s Australian Financial Press team. You can Tweet him at @michaelpachi.

As the national political editor across multiple radio stations, what does a workday look like?

The radio bureau has two people – myself and another colleague, and we service 2GB, 3AW, 4BC, 5AA and 6PR, as well as network bulletins for the regions.
I start at 7am and my colleague starts at 9am – the idea is to have fresh material during the important breakfast shift. We also file breakfast stories the night before, based on what we know is happening on a particular day or if we’ve been able to generate an original story. However, during a breakfast shift, various programs could have the PM, senior ministers or their shadows, and we’ll compile stories for news that are generated from the interviews.
We also chase stories of interest to our audience that may be in the newspapers or from the breakfast TV shows – sometimes we’ll have the capacity to attend press conferences, other times we’ll do phone interviews or grab material from our TV colleagues at Channel 9.

We’ll do substantial wraps for the key 9am, midday, 3pm and 6pm news bulletins.
As well as working with news we also work closely with programs around the network and will do crosses into programs or help with any policy questions they may have.
We also produce a weekly political program called Breaking Politics for digital radio and regional radio stations, and then we turn the hour-long show into a podcast.

Given the large amount of content we pump out on any given day, our focus has to be on the key stories that are driving the news cycle at a particular time.

Our research is done in various ways, though obviously being a small bureau we only have limited time and resources to do these things. We speak to politicians, lobby groups, academics and other organisations. We also seek reaction or clarification from the sources that are directly involved in a certain story and it often needs to be done quickly, but we need to still ensure accuracy.

Some original stories come from talkback callers. We follow up on issues from listeners, and sometimes a legitimate story emerges.

How has the pandemic changed the way you work – and which of those changes are permanent?

It hasn’t changed what we do – we have continued to work from the Canberra office in Parliament House during Covid as there is enough space to socially distance. We have all the resources in the Bureau to file easily to the network, such as facilitating studio-quality interviews with politicians and presenters. We could work from home, but being at Parliament makes the job so much easier.

How do press releases help you in your work?

They form part of the mix of the stories we chase, if they suit our audience.
Press releases help in letting us know of things that are coming up and are sometimes the source of finding new talent for a story. Some press releases can offer an alternative take to a story that we may already be covering and we can chase that up.