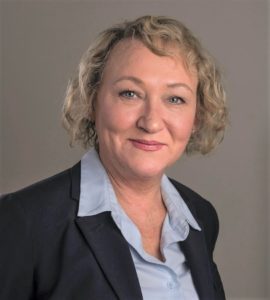 Kelly Burke was appointed the Arts Reporter at Guardian Australia in October 2020, a role that was made possible from a Balnaves Foundation sponsorship. Growing up in rural New Zealand, she moved to Sydney to attend university before starting her media career with The Sydney Morning Herald in 1995. She was most recently a Senior Digital Journalist with the Seven Network and a Senate Media Adviser for the Parliament of Australia. You can Tweet her at @GuardianBurke.

I grew up in a small rural town in New Zealand where any girl who showed at least some academic aptitude was given the choice of becoming either a teacher or a nurse. I knew I would be appalling at both. It was not until I arrived in Sydney in my early 20s that the option of journalism raised its head. I applied for the communications degree at the University of Technology Sydney and from the get-go, I was hooked for life.

What is the biggest challenge of moving into a new round or topic area?

Building new contacts. This takes time, persistence and the ability to inspire confidence and trust in people.

What is the most memorable story you’ve reported on?
There’s been just too many, to be honest, I can’t really single out any one story in particular. Perhaps a fun story that has had the most impact on the most people was the investigation I did as a consumer affairs reporter into free-range eggs in the early 2000s. I used a pile of data (and a maths academic) to prove there was not anywhere near enough free-range hens in Australia to produce the number of free-range eggs we were consuming. That eventually led to an ACCC investigation, the prosecution of a few big egg producers and the standardised regime for egg labelling that we see today. I can’t say it saved anyone’s life, but I think there’s a lot more happy chooks in Australia.

You began your career as a Journalist at The Sydney Morning Herald, how has the industry changed over the years, and what change has had the most impact on your work?

The internet has obviously been the big game-changer in the journalism sector over the past 20 years, and that’s been a double-edged sword for old print journos like me. Information on anything and everything suddenly became available (not all of it accurate, I concede), but it also signalled the rapid decline of the newspaper, and in particular the so-called rivers of gold at Fairfax.
I’ve learnt to love online journalism in recent years, the immediacy of it, the ability to offer readers rolling coverage, and the medium’s capacity for flexibility and creativity.

Under the terms of the Balnaves Foundation sponsorship, my focus will be on arts and culture policy and funding. Of course, given my title as Arts Reporter for Guardian Australia, as soon as my appointment was announced I was bombarded with press releases from publicists seeking coverage for forthcoming events. Sorting out the relevant news from the publicity has been one of my biggest tasks in the first week.