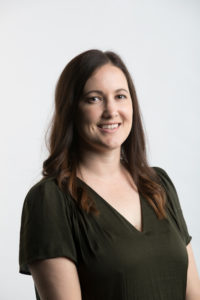 Ella Archibald-Binge has spent the past year as the Indigenous Affairs Reporter at The Sydney Morning Herald and The Age, in a position supported by the Judith Neilson Institute. She joined the ABC’s 7.30 as a Journalist on 9 November 2020. Ella previously held various roles at NITV and SBS, including a stint as a video journalist as NITV’s Queensland Correspondent. The Kamilaroi woman began her media career as a Cadet Journalist with the Stanthorpe Border Post in 2013. You can Tweet her at @EllaMareeAB. (This interview was given before Ella started her role at 7.30 this week)

When you’re working on a story is it common to factor in press releases as a source of information or for other uses, like building contacts?

I find press releases can be a useful springboard for finding case studies as part of a bigger story. They’re also a helpful way to get information quickly from key organisations when a story is breaking and you’re looking for community reaction. Or they can be a good reminder for upcoming press conferences/events that might have fallen off your radar.

What are you most looking forward to ahead of joining the ABC’s 7.30?

My role will cover general news, along with Indigenous affairs. I’m excited to find innovative ways to share Aboriginal and Torres Strait Islander stories with a national audience and to branch out into other areas that I’m passionate about. I’m interested in looking at how the fallout from the pandemic could change society in the long term. I’m also hoping to get out to regional and remote areas that don’t receive a lot of media attention.

As a child growing up in country Queensland, I never imagined I’d work for a national broadcaster or newspaper. I’m constantly having to pinch myself when I think about the places I’ve been and the stories I’ve been able to share on such huge platforms. I think the lesson for me has been to get as much experience under your belt as possible, throw yourself into new opportunities and say yes to things – even if it pushes you completely out of your comfort zone.

What story has been your favourite (the most important) to work on so far this year?

At the height of the global Black Lives Matter resurgence this year, photographer Rhett Wyman and I spent a week in northern NSW to get a sense of how the Aboriginal community’s interactions with the police, courts and prison system played out in everyday life. I think that three-part series, published in The Sydney Morning Herald, was effective in humanising the issue and illustrating why the movement resonates so strongly with First Nations people in Australia.

You began your career as a Journalist at the Stanthorpe Border Post, how has the industry changed over the years, and what change has had the most impact on your work?

Sadly, the Border Post stopped printing a physical newspaper this year, which was a huge loss for my home town of Stanthorpe. Not only are there less entry-level jobs for journalists in regional areas, but local residents are missing out on key information and, vitally, they’ve lost the sense of community those papers created. More broadly, I think journalists are required to have a very wide skill set these days. In my short career I’ve been required to design layouts, take photos, live blog/tweet, film, produce and edit my own stories. You definitely need to be adaptable and open to learning new skills.