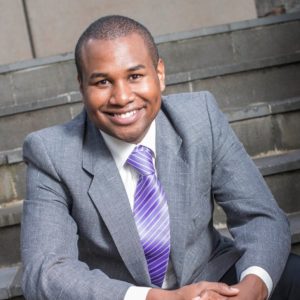 Daniel Doody has been working in the media industry for five years. He landed his first job with Network Ten as a Newsroom Assistant in Melbourne before heading over to Sky News. His first experience as a full-time journalist was working for Grant Broadcasters as a Radio Journalist in Bega on the far South Coast of NSW. From there he was approached by the ABC to work in their Bega office as a Reporter covering local and national stories. After more than two years working in the ABC South East newsroom, Daniel is now part of the Studio 10 team as their Roving Reporter and Producer. You can Tweet him at @danieldoody101.

What made you want to be a journalist?

I took a keen interest in news and current affairs many years ago, so I thought to myself, “Why not study journalism..?” and here we are today. I absolutely love it and have never looked back since.

You started as a Roving Reporter for Studio 10 this month. What does this role involve?

Yes, very exciting. I started my new role with Studio 10 on the 9th of November. Focusing on positive feel-good stories… I’ll be visiting different communities and finding stories and meeting people with intrigue and enthusiasm.

Can you tell us a bit about what it was like working out of the ABC Bega bureau during the bushfires earlier this year?

A small team at the ABC South East office in Bega put a huge effort in delivering vital information across radio, TV, online and social media platforms during the height of the fires. It was a scary time – our office was preparing to evacuate just in case the fires would come through, though thankfully the town of Bega was spared. It was very fast-paced in and out of the office. The community across several towns in the South East of NSW were on edge and fearing the unknown. But I kept calm and did the best I could, reporting from a number of different fire fronts while my wife, who was heavily pregnant at the time, was safely relocated to Sydney with my family, but even then I was still worried.

What has been the most interesting story you have reported on in your career?

This is a very hard question to answer… I’ve reported on many interesting stories across the South East during my time there. But, what I will say is the amount of wonderful and humble community members that I met over the years that were willing to share their story during the darkest or happiest moment in their lives.

What does a media release have to contain to be of interest to you?

The question WHY has to be in the first paragraph when you’re selling a story. Why should the community care about this issue, product, medical breakthrough or whatever it may be is very important for me. When I tell a story it will be delivered across a number of platforms to an audience that the person watching, reading or hearing needs to know… WHY is this story important to me… HOW will this benefit me… WHAT is it… these are very important aspects that I find in a media release.