Tom Ravlic is a freelance journalist who regularly contributes to Banking Day and is the host of the podcast ‘Critical Line Item’. He has spent 26 years writing about and analysing accounting, audit, corporate governance and many other areas of regulation in journalism. He has also worked in professional associations as a subject matter expert providing advice to members. Tom wrote a book on the Hayne Royal Commission into the banks called ‘Vulture City – how our bankers got rich on swindles’. Tom recently published his second title – ‘Rorts and Rip Offs’, a guide to understanding how to minimise exposure to white-collar crime and protect your money.

When did you first decide to be a journalist and why?
I became more aware of news and current affairs as I was going through secondary college during the 1980s. I clearly remember journalists and programs with which they were associated impressing me. It tended to be issues such as coverage of the AIDS epidemic on talkback radio that made me realise that journalism has the ability to responsibly raise issues during a time in which people are nervous. The work of Four Corners, the Sunday program and Business Sunday, and the Small Business Show on the Nine Network set the standard for current affairs reportage in my view.

It would depend on the material I am working on. There will be times when a useful lead is dropped off by the proverbial truck that passes by the front door. At other times stories will present themselves in official documentation issued by various authorities. My subject matter expertise is the accounting and compliance space, so there will be yarns from official documents and records that are easier for me to write given my understanding of that part of the world.

This really depends on what I am working on at the time and also what is topical. I have a podcast called Critical Line Item for which many media releases may be suitable, depending on the angle.

What are some of your pet peeves about a bad press release?

The media releases that are issued by public relations firms that contain no contact details for the individuals quoted in the media release. Those releases are clearly drafted by people who want as little attention as possible.

How has coronavirus changed the way you gather information for articles?

interviews with a string of people. That situation actually gave birth to the Critical Line Item podcast because I figured if I was going to be recording an interview I may as well turn it into a podcast and then use the salient bits in an article.

How do you ensure your work is accurate and factual when there is so much fake news circulating?

The most critical issue is asking yourself, “Where did the material come from?” Do further research. Aunt Sally, Uncle Sam or whoever might pick up on the latest YouTube video but that does not mean that the contents of those videos are in any way correct. I have received numerous things over the past few months from friends and relatives who ask why the mainstream media isn’t reporting certain items they have seen on YouTube or Facebook or elsewhere. My usual response? It might be rolled gold, conspiracist-generated garbage. 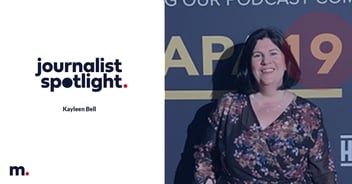 Kayleen Bell is an independent journalist, host and producer of the internationally supported... 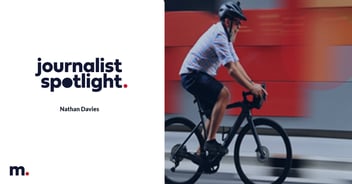 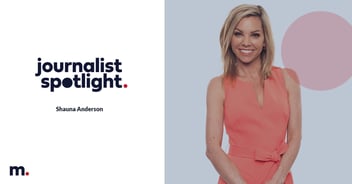