The icing on the cake of a press release: additional assets

A common mistake with many press releases is they stop just short of presenting all possible elements of a ‘full and useable story’ to journalists and editors.

Having taken careful pains to craft a release to be as effective as possible, the key here is to turn to the important idea that you can support your release with images, video and infographics, as well as directional pointers and links to add context and information.

In the increasingly pressured pursuit of and hunger for ready-to-use stories the attitude to adopt has to be to think about how to round out your release, ensuring it facilitates access to sources that will help tell the story – most importantly visually as well as textually.

That means that as you are planning for and drafting your release you need to look for these types of opportunities to round out the story you’re telling.

When you step back and think of the issue or topic that’s the strongest angle for your release, is there a relevant image or video or audio file that could drive home the messages you want to convey and enhance its interest value?

One name for this is the umbrella descriptor of ‘digital assets’, or it can be described in terms of the specific option of multimedia news releases.

A simple checklist not to forget

Adding assets to enrich your release isn’t something that has to be complicated.

Fortunately it’s very rare that an organisation doesn’t already have a go-to bank of images that form part of its communications and own website publishing activity at their fingertips. So before thinking you don’t have something to match the content of your release, it pays to check out the multimedia resources you already have access to.

The process of putting a multimedia news release together is becoming simpler and the case for doing so more and more compelling.

To put an asset rich icing on the cake of your release you just need to remember a few other things that are on the wish-lists of journalists to make their life easier and to strengthen the release’s useability:

If you need some help crafting a well-structured media release, use our free template.

Interview with Cameron Stewart, Washington Correspondent and upcoming Associate Editor at The Australian 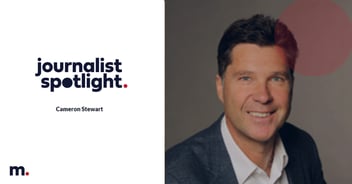 Cameron Stewart has been The Australian’s Washington Correspondent covering North America since... 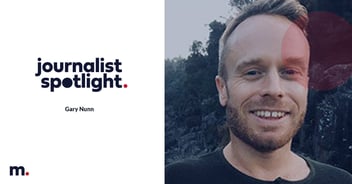