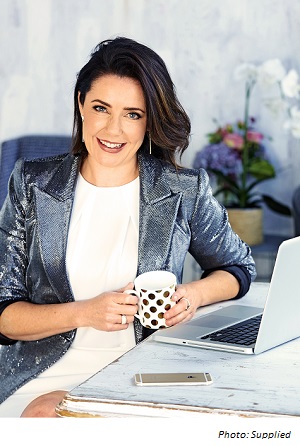 Fiona Connolly is the associate editor and editor-in-chief of Bauer Media’s Women’s Celebrity Entertainment category, including Woman’s Day, TV WEEK, NW and OK!magazines. Fiona has been at the helm of Woman’s Day for 10 years and has 12 years’ experience in national newspapers. She started her career in the press gallery in Canberra for News Ltd (now News Corp Australia), before moving to The Daily Telegraph.

What aspect of It’s Your Day is resonating the most with your readers?
The readers are loving the inspiring real-life stories – from Sophie Delizio to Stuart Diver – we’re reconnecting with some incredible Aussies. They are also ferocious readers, and It’s Your Day proudly boasts at least six pages of book reviews, book extracts and short fiction. We’re finding lapsed readers are returning to the market for the very reasons they fell in love with our magazines in the first place.

During your 10 years at Woman’s Day, how have you seen the reading habits of women change over that time?
When I first took over the helm at Woman’s Day 10 years ago, there was a strong focus on Hollywood stories and, on the local front, we had Aussie royalty Bec and Lleyton and Nicole Kidman. But when Kate Middleton married her Prince Charming in 2011, that all changed and suddenly Hollywood took a backstep to the fairytale that was developing before us. But over 10 years, the heart of what Woman’s Day has provided Australian women has not changed. I’ve never wavered in my pursuit of providing the ultimate escape from the daily grind for our readers.

When a press release arrives in your inbox, what determines whether you open it or not?
My assistant Chanel! There’s no way in the world I can personally control the number of PR emails I receive. Despite regular inbox “cleansing”, I would still receive more than 100 press releases a day. Chanel whittles them down to the most important and/or personal emails and anything else she passes on to the relevant members of my team to action.

What surprising thing have you learnt about women through your work?
That they are resilient beyond words, and despite what life throws at them, they are also by and large the happiest people.

Having begun your career as a political reporter, what brought about your move to magazines?
During my time in newspapers, I always gravitated towards softer news and having grown up in a house of seven women and just one male (my long-suffering brother!) my reporting always had a strong female focus. Politics was too dry, too blokey and didn’t offer enough of what I had loved doing since childhood, and that was storytelling. On my first day at ACP Magazines (later acquired by Bauer Media), having spent 12 years at The Daily Telegraph, I couldn’t believe I had the freedom to not only create those stories but in full colour and glossy paper – heaven!