Alexander Pan is the News Editor for T 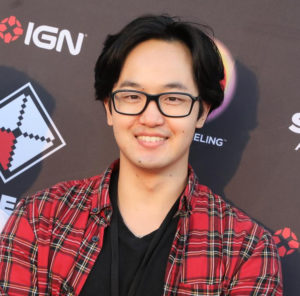 he Brag Media, where he heads up the company’s three flagship websites The Brag, Tone Deaf, and Don’t Bore Us. After initially starting his career as a Freelancer, he joined SBS PopAsia as a Reporter before becoming Acting Editor for a spell and a radio show host. After leaving PopAsia, he was a Senior Writer at GOAT where he covered basically every topic ranging from politics and breaking news to all things pop-culture and the offbeat areas of the internet. His Twitter handle is @alexandervpan

Have you always been a journalist? What attracted you to journalism?
Would you believe that I originally studied to be a civil/mining engineer and was well on my way down that path before changing course?
I fell in love with writing and reporting during university and I thought I might give this a proper go as a career when the engineering thing didn’t pan out.
Two things attracted me to journalism. First was the ability to entertain people using just words. Secondly and more importantly is how crucial journalism is in informing and educating people about important things. At a time where misinformation is running rampant, this has become even more important.

How do you gather research for your stories?
A lot of trawling the internet! I lose count of how many websites I visit every day. Once I find a story, I make sure that it is solid by checking other sources before going through with it. These days there’s also an increased emphasis on social media as breaking news stories often happen on these platforms, so I’ve always got my eye on what’s happening over there.
And sprinkled in between all that is good ol’ fashioned elbow grease of emailing and talking to people about stuff.

Can you tell me a bit about The Brag and its demographic?
So I head up the editorial team for The Brag Media’s three main websites, The Brag, Tone Deaf, and Don’t Bore Us, each of which has a slightly different demographic (though there’s definitely some overlap).
The Brag is a catch-all of pop-culture, breaking news, entertainment, food, and social justice that’s primarily aimed at Gen Z and millennials. Don’t Bore Us is aimed at the younger generation of music lovers who are into pop, emo, and other young artists, mixed in with dashes of nostalgia. Tone Deaf is a hub for all things music with a particular focus on classic and hard rock. The audience is a little older than The Brag and Don’t Bore Us, but it still generally skews towards young to young-ish.

What advice would you give to a journalist starting out now?
The honest truth is that it is a pretty tough time to be starting out as a journalist right now due to the volatile nature of the industry, which has been made worse by COVID-19. That being said, I still believe in the importance of journalism as a way to inform and entertain people, as well as being something of a check on those in power.
So my advice to those starting now in journalism is know that you’re going to have to work extremely hard and be prepared for a LOT of rejection.
It sounds simple but your work ethic and how hard your skin is when it comes to criticism will determine how far you go. The harder you work, the better your writing and reporting will be, the better your writing portfolio will be and the more attractive you’ll become to those who are hiring.

Walk us through your process on how you sort through your press releases, from what’s usable and what’s not.
The first thing for every press release is to assess whether it fits The Brag, Tone Deaf, or Don’t Bore Us in terms of demographic and subject matter.
I’m more likely to open a presser about some music artist or food item than a presser about rubber plants.
Secondly is whether the presser can result in a story that draws people in somehow. This part is pretty obvious but it bears repeating as we want as many people to read our content as possible but if it’s only going to reach 10 people then it’s not worth our while sadly.