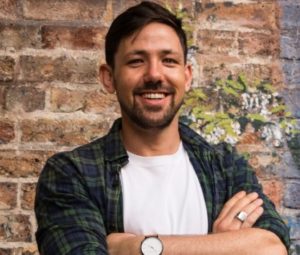 Alex McClintock is a Writer from Sydney. He has contributed to the Guardian, The Sydney Morning Herald, the Globe and Mail, the Monthly and many others. He recently returned home after almost three years in Toronto, Canada. You can Tweet him at @axmcc.

What was it like working in another country (Toronto) compared to Australia?

I didn’t have any connections at Canadian publications when I arrived, so I had to send a lot of cold pitches to editors I didn’t know. That was humbling. Apart from that, the Canadian media sector is just like the Australian one, in that it’s circling the drain. I guess there are many more people from diverse backgrounds on-air over there, so that’s a bright spot.

The great thing about freelancing is that you can do it in your undies. But as lots of people discovered last year, working in your undies isn’t all it’s cracked up to be. When it comes to freelance journalism, I never worked out a way to do good work and also pay the rent. So my plan is to get a part-time job which lets me concentrate on writing stuff I can be proud of. I’m also working on a detective novel that may never be published.

Tell us about your book, ‘On The Chin’. How did you go about researching and writing it?

On the Chin is about how I was a big, soft nerd who became a boxer. I wanted it to be a book anybody could read, whether they were into the sport or not, so I included a lot of background info and weird boxing history. I mostly found that stuff by following my nose and taking note when something funny leapt out at me. The writing happened naturally and was mostly very bad until my editor lit a fire under me and told me to pull my finger out (which is the kind of mixed metaphor she would hate).

From print and digital to radio, what has been your favourite medium to work in?

Print, hands down, because I love being edited. Few online outlets have the time or resources to do the kind of fact-checking and in-depth, multi-round editing you get at magazines. There needs to be somebody standing between me and the reader.

For a media release to stand out to you, what should it contain?

Some indication that sending it was not a box-ticking exercise, that the author actually believes there’s a story inside.