Eradicate sickness, do not create superpowers 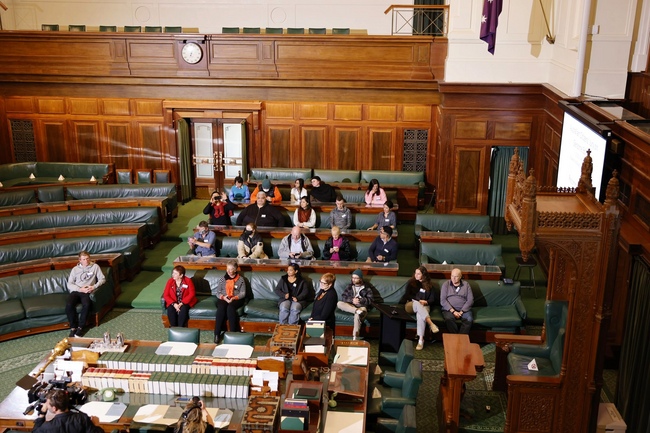 Eradicate sickness, do not create superpowers

Human genome editing should be used to eradicate diseases and not to create people with ‘superpowers’. That’s the strong consensus arising from the first national “citizens’ jury” on the subject, held over the weekend in Canberra.

The event, at the Museum of Australian Democracy from Friday to Sunday, involved 23 people, selected from the general community across the country.

After four days of guided discussions, the jury concluded:

·         Participants were generally positive about the possibilities associated with genome editing technology.

·         Participants were concerned about the risk that changes made to our genomes could be inherited, and agreed that heritable genome editing should not yet be undertaken.

·         Support for research in genomics was almost universal.

·         Participants emphasised that applications of genome editing should be directed to therapeutic benefits, with little support for enhancement.

·         They all agreed that the focus should be on reducing human suffering.

·         Access should be equitable, and subject to regulation informed by input from experts, stakeholders and the broader public, particularly those with disabilities and parents of children with serious diseases.

·         There should be particular focus on ensuring that no one is compelled to seek treatment, and this it involves informed consent.

·         Participants mentioned that they did not hear strong views from those more critical of the technology.

It was designed as an expression of deliberative democracy – an increasingly popular global approach which holds that the considered reflections of ‘ordinary’ people constitute a valuable contribution to policy making.

Citizens’ juries already have established advisory roles in places such as Aberdeenshire in Scotland, Palmerston in New Zealand and the Victorian shire of Corangamite.

“Participants emphasised that applications of genome editing should be directed to curing illness, with little support for using it to enhance capabilities such as sporting prowess or musicality.”

Professor Curato said the emphasis on using genome editing to tackle health issues was a strong theme that emerged from the weekend deliberations.

“Most agreed that the focus should be on reducing human suffering,” she said. “It’s an approach that the jury members agreed should motivate all activity in the field.”

The jury is the first of a series to be held around the world, culminating in a global citizens’ assembly in Athens. The plan arose after a research paper written by Dryzek, Nicol, Niemeyer, Curato and colleagues was published in the influential journal Science.

Members of the Canberra jury opted to keep their identities semi-anonymous. One of them, however, was very happy to talk after the days of discussion wound to a close.

“This has been an absolute honour to come together with a group and learn something,” said Stephen from Adelaide.

“The whole process of learning, hearing from experts, deliberating with a diverse range of people, it's been a fantastic experience. I just feel so grateful and humbled to have an opportunity to have a little bit of input in this important area.”

The research team will continue to work with the participants to refine the preliminary recommendations over the coming weeks, with the aim that they are finalised and publicly released in late July.