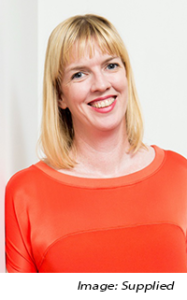 Kylie is an award-winning science publisher who has worked across popular and academic science publishing as well as mainstream media in Australia and the UK.
In 2004, she raised financing, established and was the CEO of Cosmos Media, launching Australia’s top-selling science magazine and website, COSMOS and environmental magazine and portal, The Green Lifestyle Magazine. She now runs STEM matters –  a strategy, content and engagement consultancy for the STEM (Science Technology, Engineering and Maths) and research sector and is the publisher and editor in chief of thebrilliant.com.au. You can Tweet her at @kylieahern.

You’ve worked in science publishing for a long time in Australia – how has it changed in that time?

Its growth has been explosive. COSMOS really lead the way. When we launched, 99% of science magazine sales were to overseas titles. We came along and had world class science writing around local scientists, many of whom weren’t featured in mainstream media despite their extraordinary careers and impact. Before long we were outselling all the international titles. We created the science category in Australia. And we absolutely helped build the profile of many scientists that are well known today.
Because science was and remains largely ignored by the mainstream media globally – it has meant that astute science publishers can come in and create brands for audiences starved of great science stories. You don’t need to look far to see Science Alert, Veratasium, Science Versus and a plethora of science publishers – whether they be text, podcast or video based – who are building enormous audiences. I love seeing that. I am also enormously proud of the young science journalists we employed and trained over the years and seeing their extraordinary careers.

What made you choose a career in publishing?

It was a total accident. I had been living for 18 months in Canada and then in France and arrived in London with not much money and a need for a job! When I landed in London I applied for a job at one of the largest magazine publishers in Europe, IPC Magazines. I initially missed out on the job as they wanted a local person but when the candidate decided they didn’t want to live in London, I got the role. I ended up in science because one of the magazines I worked on at IPC Magazine was New Scientist. I was hooked.

I especially loved working in publishing in the UK because media companies are less sexist than in Australia. I launched my own media company in part because I saw the writing on the wall – if I wanted to run a media company, I had to create it myself.

What are the keys to being a good science publisher?

In science specifically, what I see in mainstream media is a focus on discovery and breakthrough in health. But actually the general public is much more engaged with complex physics topics. They are the stories that rate with audiences. Mainstream media is run by arts, business and law graduates and many didn’t like science at school or didn’t pursue it  – so science is a major blindspot.  You need to overcome your own biases and focus on your audiences.

What prompted you to launch The Brilliant?

I have been working with universities, researchers and research institutes for the last two decades and I see enormous opportunity for them to build audience, influence and revenue. Hundreds of billions of dollars are spent globally every year on research in Science, Technology, Engineering and Maths (STEM) but only a fraction translates into wide attention from the public, governments, industry, the media and philanthropy.

The Brilliant is about showcasing the work of extraordinary people and institutions that have magnified the impact of their research and innovations. I want to help build momentum around every university creating world-class content that reflects the quality of their work.

I am more interested in pitches that understand what I am publishing and why. Generic press releases have their place but if you want my attention, then I need something tailored to my publication.