GetUp, the left-wing lobby group and self-styled enfant terrible of Australian politics, is going gangbusters, with more than a million volunteers and donations of over $10 million in the last year. Its organised, young, digital-savvy volunteer base has been at the heart of their success, running successful campaigns using social media, EDMs, phone calls, online petitions and multiple targeted websites. They also know how to get their campaigns into the media, engaging with celebrities like Ellen DeGeneres, staging publicity stunts, and employing a well resourced, knowledgeable media team.

Wednesday last week was a busy day for the organisation – responding to the announcement of a rival right-wing lobbying organisation called Advance Australia established to counter GetUp’s growing political influence; a turnout of more than 700 for a ‘Time to take on Tony’ campaign information night, designed to remove Tony Abbott from his Warringah seat in Sydney; and in Melbourne, a forum ‘Rethinking the Economy’ featuring advisers to American Senator Bernie Sanders, complete with energetic young volunteers wearing t-shirts emblazoned with the event hashtag #FutureToFightFor.

The sold-out event at Collingwood Town Hall was meant to be an inspirational forum of big ideas that would change how we look at money and the economy, and it was… and it wasn’t.

Listening to the main speakers, flown in by GetUp from the US, sharing tips and new ideas on activism and economics was at times a bit lacklustre and depressing, perhaps a reflection of their years in opposition while Trump appears to get away with anything thrown at him, and the recent Mid-terms that didn’t deliver the landslide Democratic wins predicted.

“If you have great policies you don’t need a well-known candidate – Sanders only had 3% name recognition when he started campaigning for the Democratic nomination.”

It didn’t help that Becky Bond, former senior adviser to Bernie Sanders, and a specialist in grassroots activism introduced herself as a ‘loser’, then went on to say that she thinks about Sanders losing the nomination every day. She did give some great tips on ‘Big Organising’ and how to engage and manage campaign volunteers (useful tips perhaps for the Brunswick independent Kerry Sourasis who was paying backpackers $22/hr to give out how-to-vote cards) and took on the politics of personality, saying if you have great policies you don’t need a well-known candidate – Sanders only had 3% name recognition when he started campaigning for the Democratic nomination. 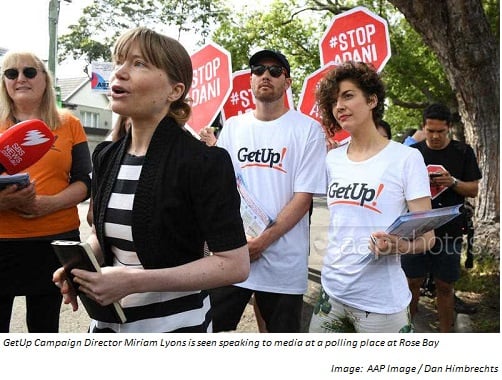 Next up, keynote speaker Stephanie Kelton, senior economic advisor to Bernie Sanders, spoke about her favourite ‘Big Idea’, a government-funded Job Guarantee, where the government guarantees local work at a living wage to anyone who wants it. Audacious, visionary, the kind of talk the audience had come to hear but followed up by a long, confusing explanation of how governments can pay for anything a country needs, they just need to put it in the budget. To this non-economist it sounded like the ‘just print more money’ approach to a nation’s debt  – I’m sure that’s not what she was actually saying but perhaps this wasn’t the right place to try and explain such a concept in 20 minutes.

Unusual for GetUp, the social media frenzy you’d expect during and after such an event didn’t eventuate. Maybe there was just too much on that night, overscheduling events a sign perhaps of growing pains in an organisation that seems at times surprised by their own success.

Despite my little gripes, good on GetUp for putting on this event, not just in Melbourne, but Brisbane and Sydney, and trying to introduce new and inventive ideas into our stale, negative political debates. It’ll be interesting to see if Advance Australia can put together a similar well-organised event, bring in some fresh ideas and sell out venues as they do it. 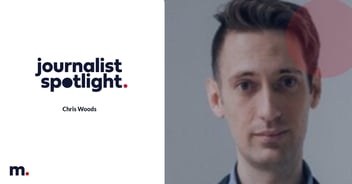