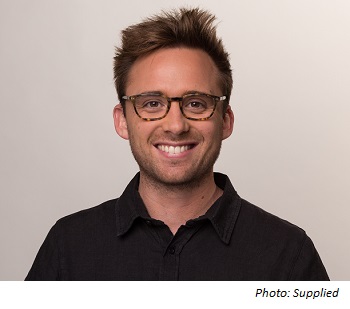 Carl Smith is a Young Walkley Award-winning science reporter and kids’ presenter at ABC Radio National and at ABC Science. He makes radio documentaries for RN’s science programs and co-presents the kids’ podcasts Short & Curly (ABC Audio Studios) and Pickle (WNYC + ABC Audio Studios). Carl has worked as a reporter for Behind the News, presented the ABC Education series Minibeast Heroes, and was an ABC News Cadet. His Twitter handle is @Carl3Smith.

Have you always been a journalist? What attracted you to journalism?
I did a dual degree in Science and Journalism at UQ and worked briefly in genetics labs while studying. I thought I was going to move into research, but I started volunteering at a community radio station and soon discovered I could blend the two fields as a science reporter. From this, I found that science opens your eyes to how incredible even the most mundane things can be. I liked that journalists had to try to turn complex information into something understandable, balanced, and entertaining. Realising that I could combine both of these elements in one job is what drew me into the industry.

What’s the most exciting event/topic/finding you’ve covered this year?
It’s hard to beat joining a bunch of palaeontologists for a fossil hunt on the Victorian Surf Coast. (Ok, it’s hard to beat that if you’re a science nerd who loved dinosaurs as a kid.) The team had a very short window early one morning at low tide to chip ancient whale bones out of the cliffs near Bells Beach. It was exciting, cold, beautiful, and a little bizarre.

What is your opinion of science reporting in our country, and how can it be improved?
My honours thesis focused on what scientists think of science reporting in Australia and they broadly agreed that science reporting by science journalists is good. However, they said that there are often problems when non-specialist reporters cover science stories. I think one fundamental issue is a misunderstanding of what science is. It’s a process to find the best answer to what are often very specific questions. If you assume science is just a list of facts, rather than an iterative process, then it’s easy to miss the point. An understanding of the basic steps of the scientific process can help journalists understand the limitations of any study’s conclusions. This can often help explain conflicting findings in different studies.

What content would you like to see in a press release?
As a specialist reporter, it would be great if more of the releases coming into my inbox were relevant to what I report on. Plus, for science or other information-dense stories, it’s also still worth looking for a personal or narrative element.