Threatened shark species 'out of sight out of mind': first complete national assessment of Australia's sharks and rays 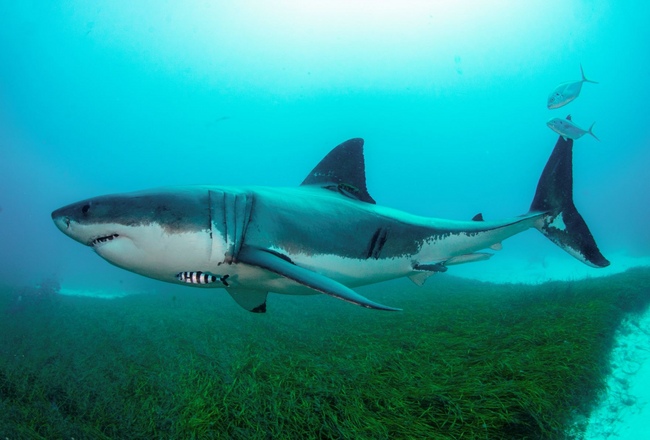 The first complete assessment of extinction risk for all Australian sharks, rays and ghost sharks reveals Australia is home to more than a quarter of shark species on the planet, but 12 per cent of those are at risk of extinction.

The Action Plan for Australian Sharks and Rays 2021 has been published today by the Australian Government’s National Environmental Science Program Marine Biodiversity Hub.

“While Australia’s risk is considerably lower than the global level of 37 per cent, it does raise concern for the 39 Australian species assessed as having an elevated risk of extinction,” Dr Kyne said.

“Around Australia, many of our threatened sharks and rays are not commercially important so these are largely ‘out of sight, out of mind’, but they require protection at national, state and territory levels.

“There are positive signs that protection and management is working for some iconic species such as the White Shark and Grey Nurse Shark, although our assessment shows that these species remain threatened.”

Marine Biodiversity Hub Director Dr Alan Jordan says the Action Plan is the first attempt at a comprehensive national overview for managers of all sharks and their habitats.

“It identifies priority at-risk species, those that need further protection and species of no immediate concern,” Dr Jordan said.

Co-author Dr Michelle Heupel from the Australian Institute of Marine Science says the success of Australia’s strong focus on sustainable fisheries is demonstrated by the fact that some 80% of Australia’s 328 shark species are not threatened.

“In Australia, comprehensive fisheries management along with vast areas that are unfished or lightly fished and the marine protected area network have helped secure the status of many species,” Dr Heupel said.

Australian waters also serve as a refuge or ‘lifeboat’ for 45 species that are threatened in other parts of the world such as the Giant Guitarfish and the Spotted Eagle Ray.

“But while we should celebrate the secure status of many species, we urgently need to increase our research and management efforts for Australia’s threatened sharks and rays.

“This book is a call to action to secure all Australian sharks, rays and ghost sharks for the future.”