Xi'an Taking Measures to Ensure the Smooth Running of National Games, Accelerates the Adoption of Healthy Lifestyles across the Local Community 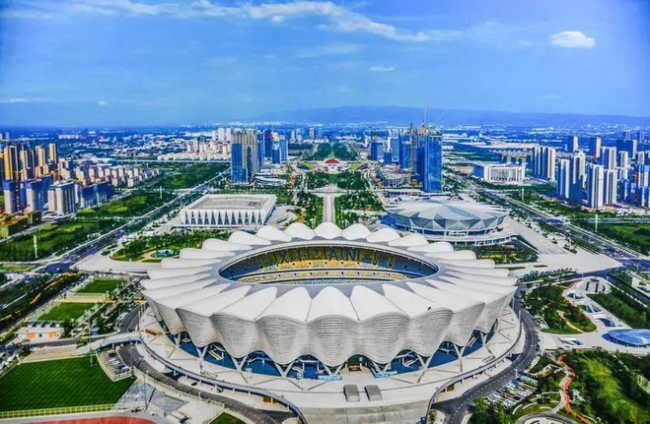 China's National Games were held in Xi'an, Shaanxi province on the evening of September 15, 2021. For Xi'an, it is a much-awaited major sports event that gives the city an unprecedented opportunity to show its strength, bolster its image both as the birthplace and a center of Chinese culture as well as to increase exchanges with other provinces and cities across the country while engaging in self-promotion.

The hosting of the games is a major opportunity for Xi'an's municipal government to raise the visibility of the city as an ideal locale for hosting similar events, as well as to serve as a venue for improving the wellbeing of the local community by increasing the focus on people's livelihoods and infrastructure.

In preparation for the highest profile and largest sports event in China, Xi'an has designed and built the Xi'an Olympic Sports Center that consists of a main stadium that can accommodate 60,000 spectators and two pavilions that are in full compliance with international standards while retaining the unique characteristics of the city. The project was completed in 964 days. The Olympic Sports Center is not only the first smart stadium in the country to support full 5G coverage, but also the only Chinese stadium to make the list of the World's Top 10 Stadiums in 2020.

For the 14th National Games, Xi'an has set up a total of 30 competition committees. They build event facilities according to the Olympic standards and clarify the rules of the event ensuring athletes can work hard on the arena in a fair and just manner and strive to win gold and silver. Outside the stadium, the city is guaranteeing this competition, setting off the new rhythm of this competition that will be higher, faster, stronger, and more beautiful.

By relying on its abundant natural resources, in particular the nearby Qinling Mountains and three rivers that run through them, the city has built a 293-kilometer network of greenways within just one year connecting 103 ecological sites, 42 cultural and historical sites as well as 109 rest stops, all of which forming an urban green ecosystem through which local inhabitants can have a stroll. The aim is to create a green ecological corridor that fully leverages the city's wealth of natural resources and serves as a new venue where both residents and visitors can jog or exercise.

Xi'an expects to promote the next stage of the city's economic development through the hosting of the games, with the aim of creating a more open, inclusive and vibrant city.