Last Ever Australian Built Holden Up for Auction 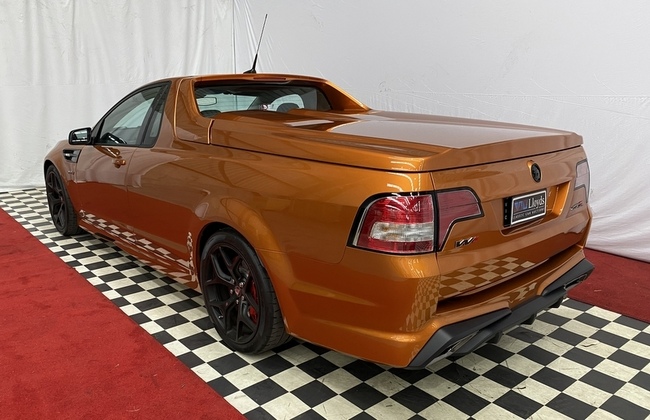 Last Ever Australian Built Holden Up for Auction

The very last Holden off the manufacturing line in Australia is going up for auction this weekend set to fetch half a million dollars.

“We are very excited to offer the very last Holden ever framed, stamped and painted in Australia, the very last one!” said Mr. Lee Hames, Chief Operations Officer for Lloyds Auctions.

The Holden VF Series II SSV Redline built in October to 2017 is the one and only, very last Holden that holds part of a 70-year Australian Automotive history with just 102km on the odometer and presenting in the same original, showroom condition rolling out of Holden.

“The interest in this car has been phenomenal, we have had enquiry from collectors, investors and Holden enthusiasts from all over the country, phones are ringing off the hook night and day. There are some very passionate Holden enthusiasts and collectors looking to own this special piece of Australian History,” continued Mr. Hames.

“We start all auctions at $1, there’s no precedent for price on this car as it is just so rare, there will never be another ‘last Holden’, but it certainly wouldn’t surprise us if it achieved a strong 6 figure result.” said Mr. Hames.

Since Holden closed being the last manufacturer to stop producing cars in Australia, there has been an ever-increasing race to capture Holden vehicles and the nostalgia that rides with them.

“We have seen a huge demand for Holden vehicles particularly HSV since the closure of Holden and we encourage anyone who might be looking to sell their vehicle to give us a call right now,” said Mr. Hames.

One example of this is the W1 Maloo Ute also listed in the same auction this weekend.

“This car was a secret project built under the cloak of silence to celebrate 2 Australian icons. The first being Holden and the second being a classic Aussie ute. This is arguably one of Australia’s most collectable muscle cars and its 1 of only 4 ever built,” said Mr. Hames

With the current bid sitting at $1,050,000 the iconic Australian Ute still has another 3 days until Australian car enthusiasts around the country find out just what price this highly anticipated car will achieve.

If you are looking to own the holy grail of car manufacturing in Australia you can bid on the very last Holden or the W1 GTSR Maloo Ute along with a variety of other Australian, American, European and Prestige classics such as Chevrolet, Ford, Aston Martin, Porsche, Lamborghini and Ferrari go under the hammer ending from midday this Saturday the 30th of January.

To watch a video on the W1 GTSR Maloo Ute click here.