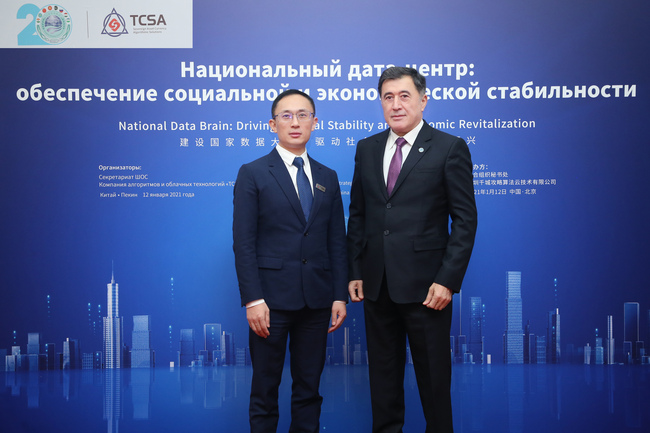 The Secretariat of the Shanghai Cooperation Organisation (SCO) and the Thousand Cities Strategic Algorithms (TCSA) jointly held a summit on "National Data Brain: Driving Societal Stability and Economic Revitalization" on Tuesday in Beijing.

As a part of the 20th anniversary of the SCO, the summit was attended by the SCO member states, observer states, partner states, ambassadors, diplomatic representatives of the Association of Southeast Asian Nations (ASEAN) and the League of Arab States (LAS), as well as well-known Chinese entrepreneurs.

According to SCO secretary-general Vladimir Norov, who made opening remarks on the summit, SCO states are making joint efforts to build an effective financial mechanism for data-driven economic development. An in-depth understanding of TCSA's solution can help achieve the goal of tightened cooperation using innovative technologies.

This summit provided a technological blueprint for an upgrade in macroeconomic governance, said Vladimir Norov, adding that he hoped that the summit could accelerate the construction of National Data Brain in various countries to achieve societal stability and economic revitalization for all SCO states.

Adkins Zheng, chairman of TCSA, expressed his gratitude for SCO's recognition and support, and gave a detailed presentation on the construction of the National Data Brain.

TCSA pioneered a novel model for data transmission, storage, computation, and application across a massive range of dimensions, said Zheng, adding that serving like the CPU of the national economy, this data architecture can reduce data processing costs exponentially.

As the first international consultancy to serve visionary central governments in the establishment of digitalized national macroeconomic systems through the construction of National Data Brain, TCSA has won widespread recognition from authorities and academia such as the World Bank and IMF.

Currently, TCSA is promoting cooperation with central governments and central banks in 50 countries, among which, five of them have entered the signing process and two of them have signed cooperation agreements. About TCSA: https://tcsa.cloud/