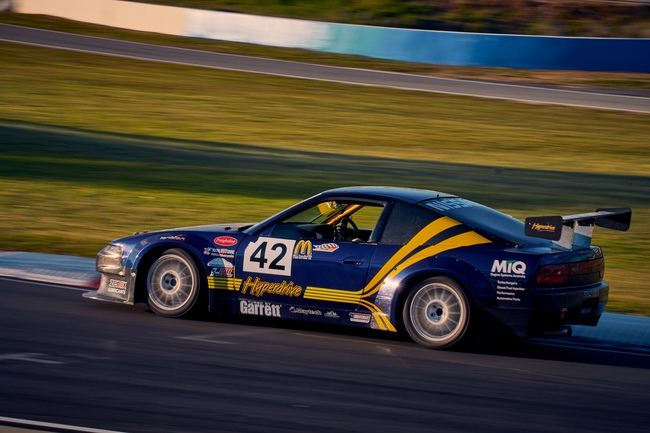 Western Australia motorsport fans will have another opportunity to get up close and personal with race action this weekend as the WA Sporting Car Club presents the August round of the 2020 WA Circuit racing championships.

Spectators will be welcome back into the park and view areas of the circuit with full access to the pits permitted whilst also ensuring social distancing is maintained. The club is expecting to see spectator numbers grow even further from the previous round where the park and view areas were well used by West Australian motorsport fans.

The Wanneroo Raceway pit paddock areas allow motorsport fans to get up close and personal to the competitors cars and watch as the competitors work on their cars between races, as well as ask the competitors questions about their chosen category of racing.

Returning to the track this weekend will be the Holden HQ series which hasn’t seen any track action at Wanneroo Raceway since the March 2020 round. The metal giants of circuit racing while being collector items are never driven that way with door to door, bumper to bumper racing a regular highlight. A strong field of 18 of these cars will be taking to the circuit on Sunday.

One of the feature races at this race meet is the Street Car Racing Association of WA’s Torque Trophy which is the hotly contested annual trophy event for Street Cars run since 1975. It was named after a '70's Australian motoring TV show, "Torque", hosted by Peter Wherrett (1936-2009), an Australian motoring journalist and racing driver.

While all based on road going cars, these are far from your average road car in terms of performance and handling, being amongst the fastest tin-tops racing in Western Australia. The class dates back 40 years so is one of the oldest associations in circuit racing in WA, with the prestigious annual Torque Trophy event having some well-known names as winners including Ian Diffen.

Meanwhile the Formula 1000 category will be running their Kostera Cup which is named in honour of the Kostera family who have a long history of motorsport within Western Australia. The inaugural lap record at Wanneroo Raceway was set by Stuart Kostera Snr in an Elfin ANF 1.5l open wheeler.

The Formula 1000 category is the closest you will see to a Formula 1 car racing around the Wanneroo Circuit with its single seat cockpit, slick tyres and wings package completing the exciting look of these cars which despite running off a motorbike engine, still manages to hit speeds of over 270km/h and has a current record time of 53.0792 seconds set back in July 2019 by Supercars driver Nick Percat.

Building the family legacy in motorsport this weekend will also see the Welsh family in the Formula Vee category fielding three cars with father Bruce, daughter April and son Connor all racing for the podium.

Father of two, Bruce Welsh, is an experienced competitor and long-term member of WA Sporting Car Club for over 25 years. With a long list of motorsport achievements, it was only going to be a matter of time before his passion was also shared by his children.

26-year-old, April, started racing after completing her high school studies. Sponsored by international pharmaceutical company, Novo Nordisk, April joined the ranks with the added challenge of managing Type 1 Diabetes. She was inspired and encouraged by her family’s involvement in motorsport who support her with both competing and managing her disease.

After a number of years, the family duo is about to become the Welsh family trio, with all three family members on track together.

Connor Welsh (22 years old) made his debut earlier in 2020 in a 1200cc Repco Formula Vee. With only two race events under his belt, he has shown extremely promising results and continues to shred seconds off his lap times, gaining on the experienced field.

The WA Sporting Car Club will have regular updates throughout the day on their social media pages as well as post event highlights available.

All the track action starts at 8am on Sunday 16th August, and updates will be posted throughout the day.

“While some states are in lockdown, this Sunday at Wanneroo Raceway it looks like we might be in splashdown! The forecasters are saying we’ll need wets instead of slicks, which means plenty of interesting racing. “

“This is our third race meeting to be conducted under the Motorsport Australia Return to Race guidelines. We’ve not had any changes in restrictions since the July meeting, we just need to remember our physical distancing.”

“We’re looking forward to trialling a new dummy grid system this weekend. Instead of the usual 2x2 dummy grid, we’ll be lining up side-by-side in a kind-of angle parking arrangement. It’s safer for our grid marshals and easier for drivers.”

"With Dad going overseas it gave me the chance to join April out on the circuit. It’s been a massive learning curve, but I am really happy that my lap times continue to fall, and I expect I'll be in the mix next time out.”

“It'll be great to have us all out there together, although I don't know how Mum will cope with it"

"After standing in the pits for two meetings, I was desperate to get out there with them.”

Having given my car to Connor I was without wheels. That’s when the spirit of the club rose again, and another member offered me a drive in his spare 1200. It will be an awesome opportunity to all race together - a highlight of my racing career"