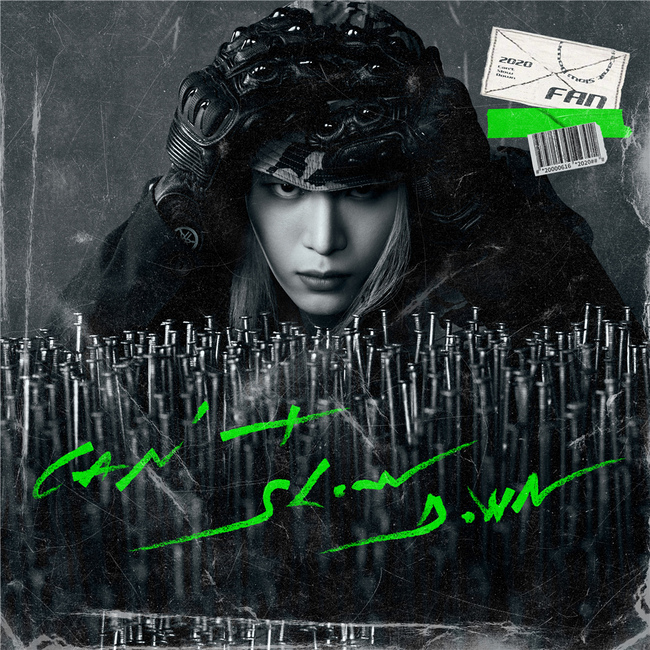 Chinese singer FAN Chengcheng just unveiled an English-lyrics single "Can't Slow Down". This first release by FAN Chengcheng and Rock Forward Entertainment Co., Ltd., a musical attempt different from before, embodies the king-style belief of a teenager who is advancing forward at full speed on his music career.

The singer's highly recognizable voice, accompanied by the melodic rap, creates a strong sense of space for the whole song. The engine roaring of sports car and the racing atmosphere brought about by the 808 drum machine highlight the sense of speed. And the lyrics are studded with many details that pay tribute to classic masterpieces, such as "Smooth Criminal" by the king of popular music Michael Jackson, "Let's Get It On" by Marvin Gaye and "Dead and Gone" by T.I. Apart from music itself, FAN Chengcheng unprecedentedly takes on the long hair styling in light color coupled with racing gloves, with boldness in his eyes, all of which demonstrate his attitude on the music career.

As one of the representatives of young singers, FAN Chengcheng released his debut "I'M HERE" in 2018 with his personal involvement in music arrangement and lyrics writing, which raked in a sales volume of more than 1 million copies in just five minutes after its launch. In the future, FAN Chengcheng will stay true to his heart and undeviatingly pursue his music career, in the hope of bringing more surprises in the music variety and innovation.