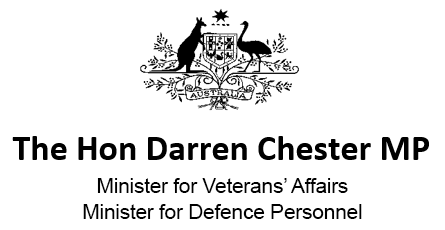 KAPYONG DAY COMMEMORATES A SIGNIFICANT BATTLE OF THE KOREAN WAR

ON 24 April each year we mark Kapyong Day and remember the service and sacrifice of the United Nations (UN) forces, including Australian troops, in defending Seoul in South Korea from communist forces.

Minister for Veterans’ Affairs Darren Chester said during the Korean War UN forces prevented a Chinese advance on a critical part of the battlefront near the village of Kapyong – 60 kilometres north-east of Seoul.

“On 23 April 1951, UN forces occupied both sides of the Kapyong River valley, but the Chinese advance looked to overwhelm the UN position with the Australian contingent forced into a fighting withdrawal to a new position in the rear of the valley,” Mr Chester said.

“Following a night of relentless fighting on 23 April and into the early hours of the next day, the Australian and Canadian forces, supported by the New Zealand artillery regiment and an American tank company, halted the Chinese advance on 24 April.

“Despite their continued efforts, the Chinese found the UN forces position impenetrable and made no further attacks before eventually withdrawing.

“The defence in the Kapyong River valley is known as one of the most significant and important battles for Australian troops in Korea and for their involvement in the battle the 3rd Battalion, Royal Australian Regiment (3 RAR) received the United States Distinguished Unit Citation.

“All Australians should recognise and honour the service and sacrifice of all Australians involved in the Korean War and the Battle of Kapyong.”

The battle was costly for Australians, with 32 killed, 59 wounded and three taken prisoner. The impact on the Chinese forces was far heavier, with more than 500 killed. It was a significant and successful defensive battle by UN forces in the Korean War.

The Korean War, 1950-53, was the first major conflict of the Cold War and the first to involve troops, including Australians, fighting under the auspices of the UN. It began with a North Korean invasion of South Korea and ended with an armistice that left the Korean peninsula divided. The state of war between the two exists to the present day.