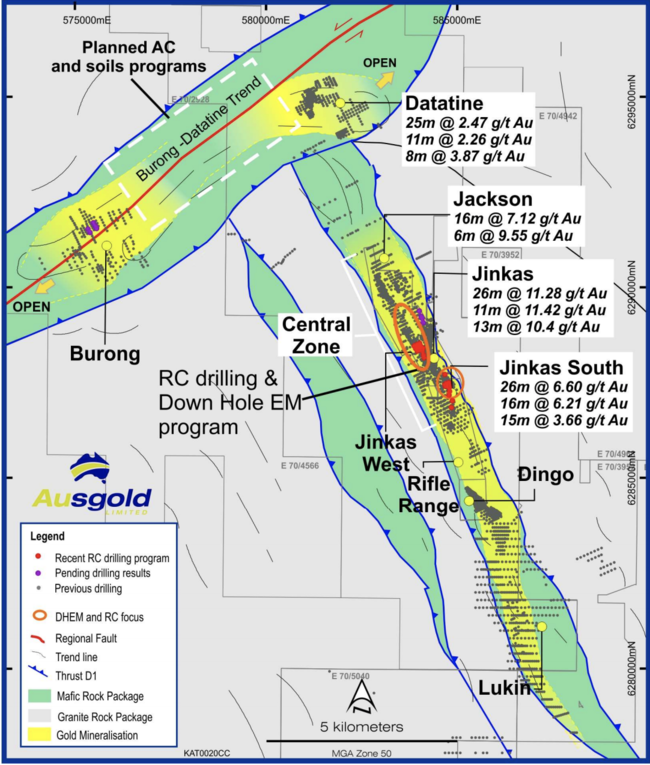 Ausgold Limited (ASX: AUC) (“Ausgold” or the “Company”) is pleased to announce the results of reverse circulation drilling (RC) at the Central Zone within its 100%-owned Katanning Gold Project (“KGP”) in Western Australia’s southwest.

During February and March the Company completed a program of 23 RC drill program holes for 2,797m and DHEM within the Central Zone (Figure 1 and 2). This new work has identified targets which have the potential to significantly add both grade and total ounces to the current KGP Mineral Resource, which stands at 33.1 million tonnes grading 1.10 g/t Au for 1.2 million ounces of gold (Table 3)

Figure 1 - Location of KGP and near regional prospects