Women's Football Festival to be held on NSW Central Coast 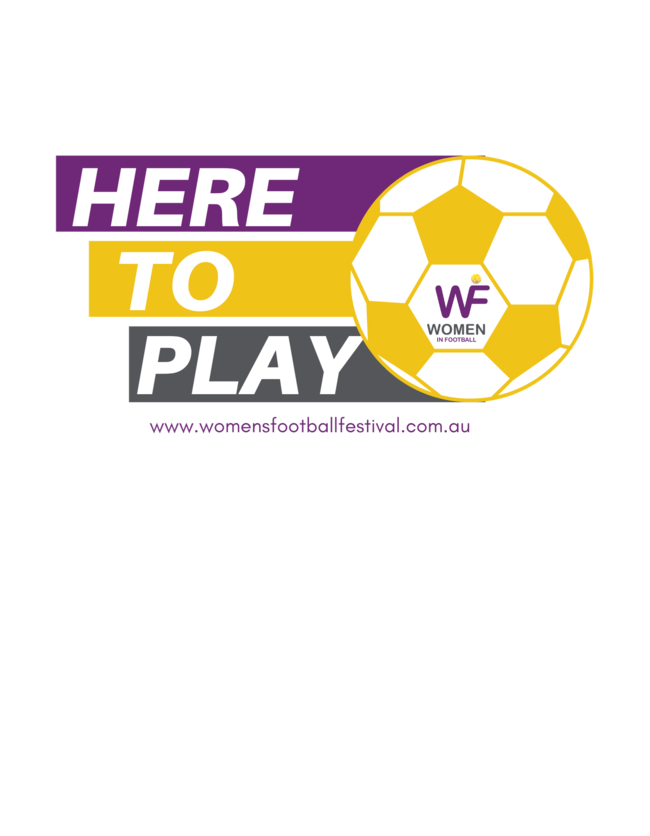 Women's Football Festival to be held on NSW Central Coast

Women’s football teams from around the country are being urged to plan for an end-of-season trip on the Central Coast of NSW by taking part in a Women’s Football Festival at Tuggerah from 2-4 October with the theme of Here to Play.

The Festival will incorporate two elements:

·       the first Women’s Football Awards supported by the NSW Government.

The Festival has been put together by Women in Football, a national member-based association aimed at advancing and celebrating the role of women in football.

The announcement comes as Football Federation Australia gets ready to welcome a FIFA delegation next week on an inspection tour for the 2023 World Cup bid.

A spokesperson said that the idea behind the Festival is to bring women together who play, coach or referee football, who are volunteers, ‘soccer mums’, or who just enjoy the game, to celebrate the many faceted contribution of women to the game.

“It is a way of women making connections, building new bridges, making new friends, exchanging experiences and, ultimately, helping to have a positive impact on the role of women in football.

“We hope through doing this we can help inspire women to take on leadership roles in the game also,” a spokesperson said.

The football tournament is a round-robin mini tournament that is open to teams from clubs, a region or a state, or ‘made-up’ teams of individuals who would like to take part but are not with a team.

“We all enjoy the Matildas and the W-League, and seeing our own kids play, but this is a weekend for us.

“It’s for the many women behind-the-scenes in clubs, and in teams, to get together and just enjoy the game for what it is - not because of something we have to do.

“We also want to encourage those who have not played the game, but enjoy watching it, to have a go in a non-judgemental, friendly environment.

The Women in Football Awards, which are supported by the NSW Government, will be given in three categories of Volunteer, Media and Emerging Leader.

“We’ve selected these categories because volunteers are the backbone of grassroots clubs, as well as professional clubs. Without them, the game wouldn’t survive, and we’d like to help recognise the efforts of the hundreds of thousands of individuals who make sure clubs, teams and matches tick-over week-in, week-out.

“We want to encourage more and improved media on women’s football, whether that be in the mainstream or non-traditional media and regardless of whether it’s print or broadcast. By this, we don’t mean fluffy, feel-good PR stories, but good solid journalism and reporting.

“Finally, through the Emerging Leader award we want to encourage younger people to step-up and help show the way for others in achieving a better gender balance in the committees and boardrooms of football in Australia, as well as in coaching, refereeing, administration and management.”

Nominations for all three categories close on 31 July.

Women in Football hopes the Festival will be seen as a good option for an end-of-season trip, or just a weekend getaway.

The tournament will be hosted at the Central Coast Regional Sporting Complex in Tuggerah, a high quality purpose-built sporting complex with multiple fields.

The Awards dinner will be held at the nearby Mingara Recreation Club.

The Women’s Football Festival is supported by the NSW Government and Central Coast Mariners Football Club.

Further information, including entry forms for the tournament and nomination forms for the Awards can be found at www.womensfootballfestival.com.au.