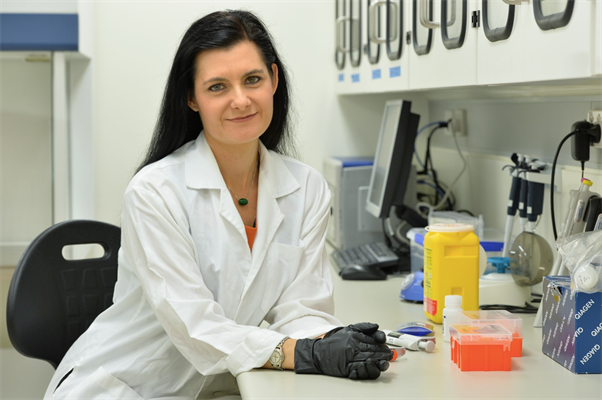 Dr Johnson, who has been at the AM for 16 years, five of those as Director of AMRI, received international recognition in 2018 after leading the international team that sequenced the genome of the koala for the first time.

“It is a privilege to be selected as the Chief Scientist and Associate Director of Science at the NMNH - an institution which represents the highest levels of scientific endeavor and achievement,” Dr Johnson said.

Director and CEO of the Australian Museum, Kim McKay AO said, the Australian Museum is delighted for Dr Johnson’s outstanding success and while it is sad to lose her from the AM team, her contribution to the international museum sector will ensure she continues to collaborate with the AM well into the future.

“Dr Johnson is a talented, energetic and pioneering leader in STEM and was the first woman to be appointed to the position of Director AMRI. She is deservedly respected by her peers in Australia and around the world,” McKay added.

“During her time at the AM, Dr Johnson established the Australian Centre for Wildlife Genomics (ACWG) and has played a critical leadership role in taking the AMRI to a new level by broadening the impact of museum science on an international scale,” McKay noted.

During her tenure at the AMRI, Dr Johnson has implemented the following initiatives:

·         Negotiated, for the first time in the history of the Australian Museum, joint curator positions with three Australian universities (in palaeontology, amphibian conservation, ichthyology and archaeology);

·         Introduced the concept of ‘flagship projects’ as a mechanism of capturing the multidisciplinary nature of museum research including:FROG ID, AM ICONS, the Koala Genome Consortium, the AM Expeditions program.

Dr Rebecca Johnson is an internationally recognised wildlife forensic scientist and conservation geneticist, whose expertise in applied genetics has established the Australian Museum one of the global leaders in wildlife forensic science. Her work was integral in embedding this discipline in Australia with the goal of using science to understand and assist in the investigation of the illicit trade of wildlife. She also extended this work to the Australian Aviation industry, where scientific analysis is now routinely used for identification of bird strike and other wildlife interactions with aircraft.

Dr Johnson is a leader in mammal genomics and chief investigator of the Koala genome project. The work of this ground-breaking collaboration published in Nature Genetics in 2018 received world-wide attention. Her pioneering work advanced our knowledge of koalas, describing the genomic basis of many unique koala adaptations with direct application for conservation and is incorporated into the NSW Koala Strategy providing practical applications to conserve koalas. Rebecca now co-leads further genome sequencing initiatives to understand and conserve biodiversity in the face of increasingly changing environment.

About the Australian Museum

The Australia Museum (AM) was founded in 1827 and is the nation’s first museum. It is internationally recognised as a natural science and culture institution focused on Australia and the Pacific. As custodian of more than 21.9 million objects and specimens, the AM is uniquely positioned to provide a greater understanding of the region through its scientific research, exhibitions and public and education programs. Through the Australian Museum Research Institute (AMRI), the AM also has a leading role in conserving Australia’s biodiversity through understanding the environmental impacts of climate change, potential biosecurity threats and invasive species. To find out more, visit: https://australianmuseum.net.au/