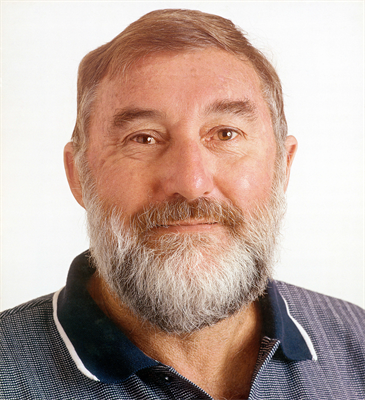 “You walk around with a hand grenade up your arse and just when things are going well, you pull out the pin. Papua New Guinea and I have that in common.”

Such has been the life of Ken Fairweather, who ‘escaped’ to Port Moresby in 1970 after a brush with the law in Melbourne. With no money and no job prospects but a whole lot of ‘street smarts’ and the ability to win fights with his fists and tongue, Ken arrived in Papua New Guinea (PNG) in search of opportunity and adventure – and that’s exactly what he got. Ken was just in time to witness the birth of his adopted nation, as PNG moved towards independence in 1975.

“Port Moresby during this time reminded me of an Australian cattle sale-yard: dusty, windy and with everybody waiting to be sent home to a new place or the slaughterhouse…After Independence in 1975, we were all thrown into a vacuum: the left-over whites, the Melanesians and the Chinese. We were all young, inexperienced and not well-educated. Australia left and said, “Here’s a country. Make something of it.” Well, we did, all of us.”

After charming his way into the public service, Ken thrived in PNG, moving into freight, farming and mining. Having built a wealth of contacts across all levels of society and mastered the local language – Tok Pisin, Ken was finally elected to the PNG Parliament in 2007, gaining a Ministry in 2011, serving back to back terms until his defeat in 2017.

“Payment in cash or kind is essential to becoming a political leader, which is the highest level in society and the most sough-after position… a bit like being a film star or sports celebrity…you immediately become the provider of services – funerals, church functions, bride price….‘Papa’ means giver of wealth, it doesn’t mean ‘Dad’….You are the council for everything…construction engineer… an ATM…educator, medical doctor, sports administrator…and more.”

Ken Fairweather has had the optimism and skills to survive in PNG business and politics, through the 1980’s coffee boom and bust, the Bougainville war and the installation of Peter O’Neill as Prime Minister. He’s made many enemies and some unlikely friendships that have stood the test of time.

Farewell White Man pulls no punches and is one very colourful character’s account of the people and events that have shaped Australia’s volatile neighbour, peppered with outrageous anecdotes that give some insight into PNG’s complex culture, politics and way of life.

“So, it is farewell to the white men I knew in Papua New Guinea. We were part of building a nation, but our time of the entrepreneur is gone.”

Farewell White Man is self-published and available from Collins Bookstore Smithfield (Cairns), the University of Papua New Guinea or online through https://www.farewellwhiteman.com .

Ken Fairweather will be on a university speaking tour in Queensland and other States in early 2020.

What others are saying about Farewell White Man:

“There is one unfortunate early flaw in Ken Fairweather’s rollicking tale about his exceptionally full and interesting life in Papua New Guinea. He is far too modest in describing himself as a “B-grade larrikin…Farewell White Man is a great read with lessons galore for those who care about Australia’s nearest neighbour.” – Sean Dorney AM MBE CSM FAIIA, long-term ABC Pacific and PNG Correspondent.

“A chronicle of a remarkable life that began before PNG’s self-government and Independence and continues to the present day… a profoundly personal outline of a life well and truly lived to the fullest in every respect” - Jeffrey Wall CSM CBE, Strategic Consultant to the Prime Minister of PNG.

“Papua New Guinea’s intriguing story has been inadequately told. But that is beginning to be remedied by a small but steadily growing corpus of memoirs…Ken Fairweather’s new bright, breezy and characteristically no-bullshit book is a most welcome addition to these instructive and entertaining stories from folk who made their mark on this wonderful nation. Not everyone will like his opinions, which litter every page – well, actually every paragraph. This is not an objective work. But Fairweather clearly couldn’t give a hoot what others think.” – Rowan Callick OBE FAIIA, Industry Fellow, Asia Institute, Griffith University.