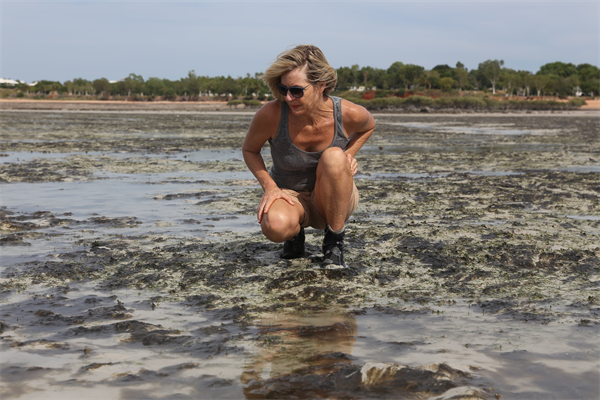 Establishing the Keep Our Bay Clean campaign in 2005, Roebuck Bay Working Group have significantly reduced the serious threat of surface and groundwater nutrient enriched pollution and Lyngbya majuscula blooms through their tireless efforts.

Linked to runoff and pollutants such as fertiliser, chemicals, animal waste and detergents entering the ecosystem through stormwater drains, the Keep Our Bay Clean campaign encouraged industry and community to manage and dispose of their waste and waste water responsibly with educational programmes, planting of endemic species to catch runoff and lobbying Broome Shire to re-engineer/replant degraded stormwater drains.

‘Partnering with Broome Shire, schools and Yawuru Rangers, RBWG has an unsurpassed community engagement communications strategy which has improved the upper catchment of stormwater drain by planting endemic bushtuckers in the riparian zone, making a film about the plantings days and installing friendly Keep Our Bay Clean signage in the amenity.’

RBWG will go on to represent WA while competing for the Virgin Coast Award at the National Landcare Awards in 2020.

‘Virgin Australia is proud to celebrate the important work of community groups across Australia that protect and preserve our marine environments,’ said Mr Sellick.

‘Roebuck Bay Working Group has significantly contributed to the protection of biodiversity of Roebuck Bay. Through their tireless work, they have helped safeguard a significant marine environment and we’re incredibly proud to help shine a light on their important efforts.’