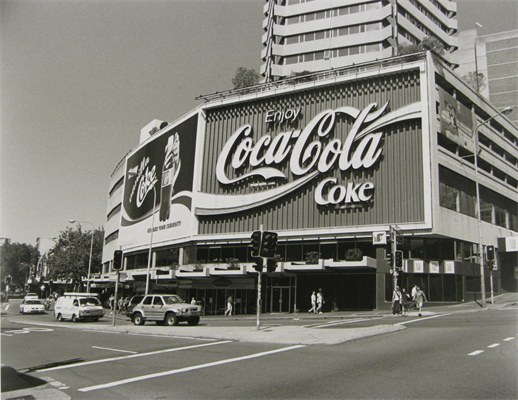 The character and significance of one of Sydney’s most renowned streets is to be protected following Council approval to heritage list three sites on Darlinghurst Road.

The façade of the Bourbon, the Kingsley Hall building and the site of the Empire Hotel will be preserved to protect the area’s significant social, cultural and historical value.

The site of the Empire Hotel is listed for its social significance as the former Les Girls nightclub. The planning controls allow the building to be replaced provided its history is interpreted.

The proposals follow detailed urban design and heritage studies and extensive consultation with the local community after concerns over a planning application that would have demolished most of the Bourbon and Empire hotels to make way for 83 residential apartments.

Lord Mayor Clover Moore said the new controls would ensure Darlinghurst Road remains a lively and exciting place for residents and visitors while striking the right balance between commercial activity and residential development.

“I’m happy we’re taking important steps to retain the area’s history and we will continue to do whatever we can to ensure Darlinghurst Road retains its spirit,” the Lord Mayor said.

“Darlinghurst Road has a long history as an internationally recognised late-night precinct, but the NSW Government’s lockout laws have had a significant impact on the area and resulted in growing interest from residential developers.

“The new controls will ensure proposed developments will build on the area’s individuality and architectural diversity, complemented with a mix of retail, commercial and residential offerings.

“We’ve proposed heritage listing the façade of the Bourbon building, the entire Kingsley Hall building and the site of the Empire building for its social significance.

“Any redevelopment of the Empire building would need to reinterpret the social and historical significance of the site through an architectural interpretation of the building. We’ve also included planning controls to encourage food and drink or entertainment uses at the ground and first floor.

“Buildings are not only valuable because of their physical character but also because of their social significance. I’m happy that we’re taking important steps to retain the area’s history.

“Through extensive consultation with the community we have heard from residents, businesses and landowners who want more restaurants and cafes, live music venues, small bars, nightclubs, specialist shops, food shops and corner stores, as well as hotels and residential development.”

The heritage listings are the latest move by the City to protect the unique character of Kings Cross, following adoption of the Darlinghurst Road development control plan by Council last month.

The City consulted widely with the community on the new planning controls, including residents, businesses and landowners.

Darlinghurst Road is in the Potts Point and Elizabeth Bay heritage conservation area, which extends from the Garden Island naval depot in the north to Kings Cross Road in the south, and from Victoria Street in the west to Ward Avenue in the east.

For more stories from your local area, visit news.cityofsydney.nsw.gov.au