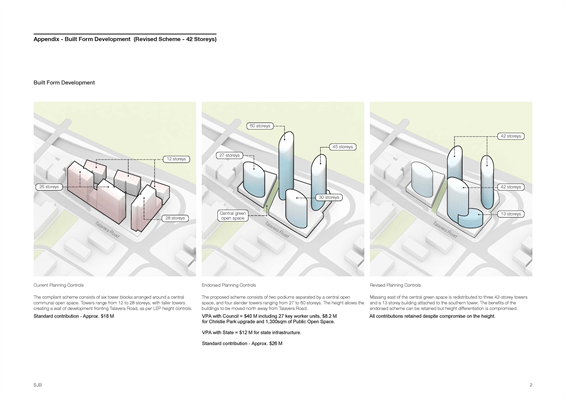 RE: Harry Triguboff’s Meriton sues the Premier of NSW

Australia’s largest residential property developer, Mr Harry Triguboff AO, is suing the Premier of NSW and other government agencies in an effort to compel the NSW Department of Planning and Environment to approve a planning proposal that Mr Triguboff’s Meriton applied for in 2017.

Meriton’s planning proposal is in respect of its development at 112 Talavera Rd, Macquarie Park NSW.

A Summons has been filed in the Land and Environment Court of NSW against four respondents - the Premier of NSW; the Minister for Planning; Secretary for the Department of Planning & Environment and the Greater Sydney Commission.

“Meriton is seeking a declaration and orders to compel the NSW

An issue in the case will be the function of an ‘assurance report’ ordered by the Premier in late-2018 and whether that review can have any impact on a planning proposal as well-advanced as Meriton’s.

Mr Triguboff said of the proceedings:

“Meriton’s proposal has already been approved by the government’s bodies. It has been recognised as being entirely consistent with all of the government’s publicly stated planning strategies and policies.

Those policies should not suddenly change because the seat of Ryde is in contention at the upcoming election. They can’t move the goalposts like that. These developments take years to plan and build. The whole industry needs some certainty that the rules at the start of the process are going to be the same at the end.

The Premier wants to give the proposal back to the Greater Sydney Commission, but the Commission has already endorsed it as complying with their policies which have been developed over many years with extensive community consultation and only adopted last March. In an interim report released last week, the Commission not only agreed to continue a stop on any new proposals but now think there should also be a "pause” on existing proposals in the area for 12 months for more studies which should not be the case on proposals like ours which is so far advanced based on existing policies.

There is $78 million worth of community benefits wrapped up in this deal - 27 affordable housing units so that essential workers can live in the area, cash for roads, parks and sporting facilities. Not to mention GST, stamp duty and employment taxes all generated by the development.

The fact is that this is the right development in a significant area for NSW, the gateway to the northwest. Why shouldn’t a young family be able to live closer to the city, next to hospitals, universities, train stations and shopping centres?

Following public exhibition there were some 380 objections to the original proposal of up to 63 storeys, so Meriton amended its proposal and reduced the height to 42 storeys. What has now been submitted is much better than the one we’re already allowed to build.*

I should add that there were reportedly 60,000 objections to the demolition of the ice rink next door.

There is no over-supply in the area because rents remain steady.

There is no more traffic created by our development because we are just replacing what were offices.

There is a bigger picture here. A thriving residential construction industry is a key indicator of the economic success of NSW, but both sides of politics seem to be in a race to the bottom when it comes to stirring up anti-development sentiment. They show no real leadership on this issue and I tell you one thing, they’re going to miss the stamp duty when it’s gone.”